I do not have any wee folk around anymore nor did I ever have any wee girls about the house but that did not stop me from holding throughout my life a love of all things related to Anne of Green Gables and Prince Edward Island.  A hold over from my girlhood, I am thrilled to know that the red headed heroine we loved as girls continues to be introduced to successive generations of girls through some beautiful books and television programming. 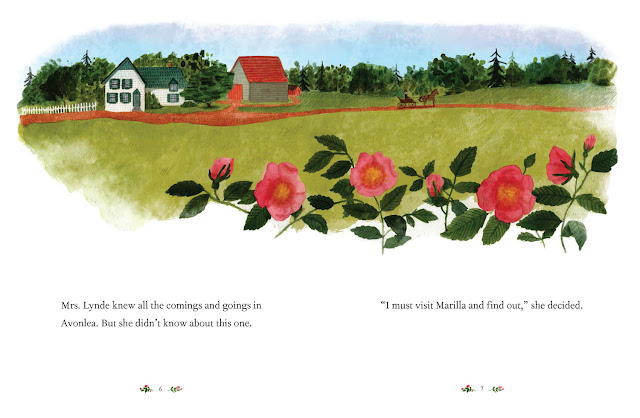 The first story introduces the young reader to Anne Shirley and sets her down at Green Gables where we all know that she belongs. She settles in, that is, after a rough start when they find out she is a girl and not a boy and after she has a run in with the neighbor, Mrs. Lynde.

The second story introduces Anne and the reader to her bosom buddy, Diana. In this book, Anne enjoys a community picnic, which is her first, although that outing is jeopardized when Marilla's prized brooch goes missing.

Author Kallie George has written a number of other books for children including a picture book about Anne Shirley called Goodnight, Anne. Kallie says that she believes that she and Anne Shirley are kindred spirits! 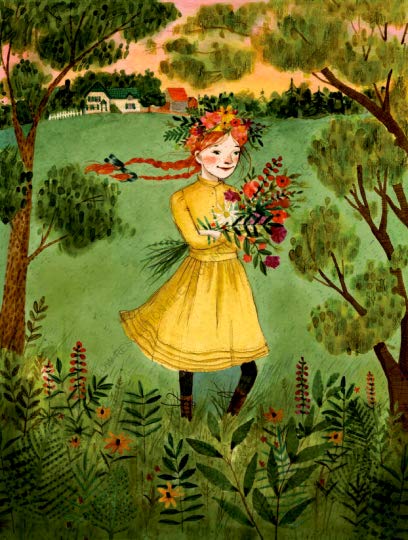 The illustrator Abigail Halpin says that she was gifted with a copy of the original book when she was a teenager and that that book still holds a special place on her book shelf.  The illustrations in Anne Arrives, she says, were "influenced by her memories of one of the most beautiful, magical spots on the planet, Prince Edward Island." Her illustrations were crafted using a combination of traditional and digital media.

Both of these books were written with children aged 6 to 8 or in grades 1 through 3 in mind. However, if you child is not quite ready to read these books on her own, you could certainly read them to her. Although intended for children, they are suitable for any one who loves Anne.

I think that this book is wonderful, sharing as it does a simple version of the classic story with the accompaniment of some charming illustrations. My favorite picture might be the two page spread that shows Green Gables in the distance, shown above.  It sets the scene in my head, for sure.

As you can tell, yes, this book is RECOMMENDED by me. I think it is lovely but I am biased toward anything from Anne's world.  However, Kirkus Reviews calls Anne Arrives, "A dream of an adaptation that is an unabashed love letter to the series that inspired it." In my mind that is high praise indeed.

I think that either book would make a beautiful gift for anyone who loves Anne but it would be especially appropriate for any young girl who is learning or will soon be learning to read. If you want to expose your children to Anne's world, you can never start to young!

You can find both books on Amazon by clicking here.  If you are looking to put a great gift set together, you might consider bundling one of these books with one of the beautiful Anne of Green Gables gift ideas found on this page. 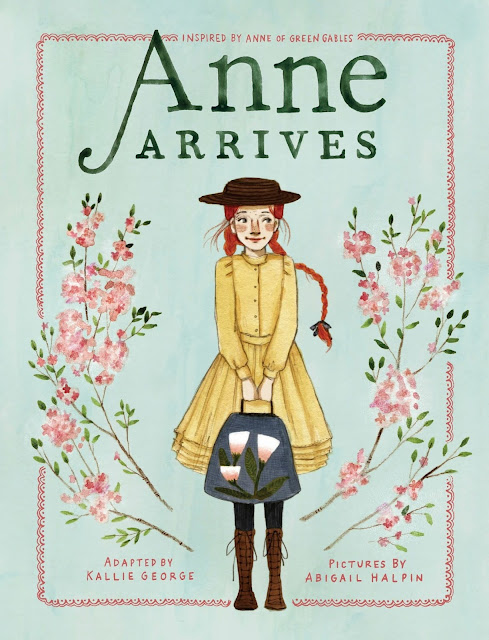 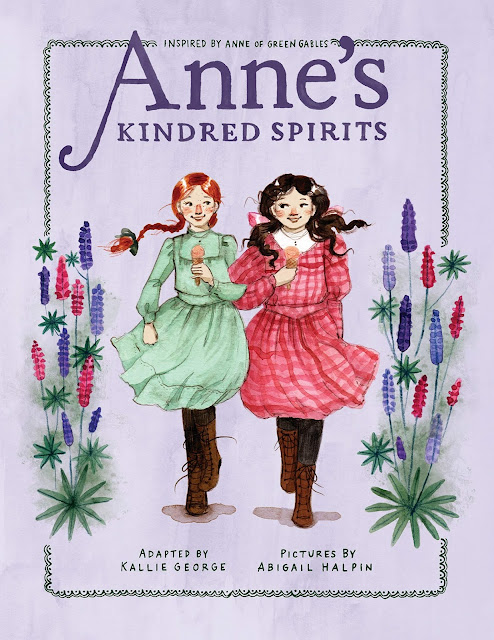