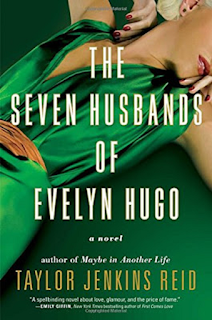 The book The Seven Husbands of Evelyn Hugo by Taylor Jenkins Reid is the story of an elderly movie star named Evelyn Hugo who has decided to allow an author to write the story of her life. A tell all, no holds barred. For reasons known only to herself, Hugo picks an relatively unknown, inexperienced young magazine reporter named Monique Grant. In doing so, she astounds both the publishing house and the young woman.

Monique is at a low point in her life. She is newly divorced and frustrated with her unsuccessful career so she accepts this writing job without knowing why she has been chosen. She hopes that she will find success through the sought after story of a reclusive actress.

Immediately after announcing that she wants to have this book written and picking Monique, Hugo puts her to work and the two spend long days in her New York apartment discussing her life story. Hugo arrived in Los Angeles in the 1950s and had a very successful acting career until she finally left acting in the 1980s. As is obvious from the cover, she has seven husbands during that time frame. She has been ruthless in her choices and efforts to get what she wants and along the way found a few great friends and one forbidden love. Of course, it turns out that there is a connection between Monique and Evelyn.

This story is a trip through the Hollywood of times gone by, in both the good and the bad aspects, and it is also a voyage of discovery in which both women find out what it costs to face the truth. It deals with sexuality including LGBTQ, with race and with strong women in the 1940s and 1950s and in the current day. 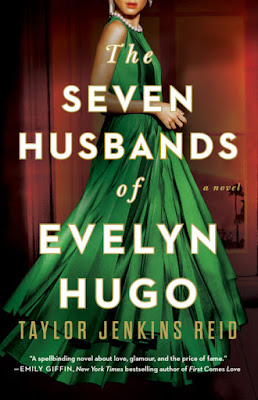 Is The Seven Husbands of Evelyn Hugo recommended by me? Yes, I enjoyed the book. It was an easy read but be warned that Grant is a not-very-nice woman who will go to any means to get what she wants and that the book includes many of the vices we associate with Hollywood. If you are interested in the history of Hollywood, I believe you will enjoy this story as I did.

The Historical Novel Society says, "Evelyn, her husbands, and others may be composites, but the story is fresh, and the end reveal is worth the wait." I agree.

I spent the entirety of the book wondering if it was linked in any way to the actress Elizabeth Taylor and her seven husbands and eight marriages and a bit of research cleared up the mystery. I do wish there had been a tagline like "based on the lives of real Hollywood actresses."

Anyway, when interviewed by Pop Sugar, author Taylor Jenkins Reid said she was inspired by true stories like those found in Ava Gardner: The Secret Conversation and Scandals of Classic Hollywood. Ava Gardner had herself hired a ghost writer to write her story and shared so many secrets with the writer that the book was eventually cancelled and not published until both Gardner and the writer had passed away. Jenkins Reid drew on many stories from real life and yes, that included the lives of Elizabeth Taylor and Rita Hayworth.

In the Pop Sugar story, Jenkins Reid said that she hopes we learn from this story and that "Hugo can teach us a lot about how to get what we want out of this world." Jenkin Reid goes on to say that she believes "It is time for women to get ours (but that) we've got to go out there and take it. (That) it is going to be uncomfortable, but that she thinks the rewards will be there for us. We need to find the confidence in ourselves to say, Pay me what I'm worth. Promote me when I deserve it. Don't take advantage of me. Don't underestimate me."

Have you read The Seven Husbands of Evelyn Hugo? Will you be adding it to your reading list? Are you interested in the history of Hollywood or could you care less?

See you
at the library!
Brenda