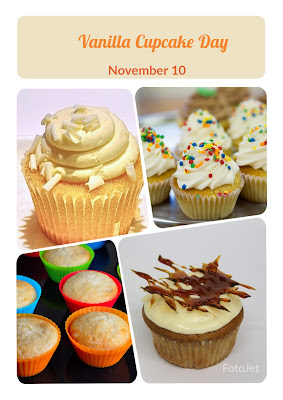 
Cupcakes are single serving cakes which are thought to have gotten their name from being baked in cup-shaped molds.  In the United Kingdom they are known as fairy cakes and in Australia they are called patty cakes.

Vanilla cupcakes are made by adding vanilla extract to the cake batter and sometimes to the icing.


...that vanilla is the only fruit-bearing and edible orchid in the world?

Vanilla is  extracted from the seed pods of the Vanilla orchid. It is one of the most expensive spices in the world (second only to saffron).


Even though Vanilla is expensive, it is one of the most popular flavors in the world. Today, it is used in a wide variety of food items and even in products, such as perfumes, soaps, and candles.  Vanilla is considered to be one of the plainest flavors available; thus, the term plain vanilla has come to be used to describe things that are very basic and ordinary.


*For a quick way to bake vanilla cupcakes, one can always use a store-bought mix.

**For those who enjoy creative baking from scratch, I found two fabulous vanilla cupcake recipes for you to try.


The first one is called The Most Amazing Vanilla Cupcakes recipe and is from Rachel Farnsworth of The Stay At Home Chef .

It is an easy to make one-bowl recipe. You'll never need another boxed mix again!

Rachel also includes some very helpful cupcake baking tips in her blog post for her Most Amazing Vanilla Cupcakes recipe.


The second Vanilla Cupcake recipe is from Danielle of Live Well Bake Often.

Danielle's secret ingredient to her delicious cupcakes is sour cream!

*Check out both Rachel's and Danielle's recipes before you begin baking your own vanilla-cupcake-recipe.


If you prefer chocolate instead of vanilla, you only have to wait for 11 months to celebrate Chocolate Cupcake Day on October 18. 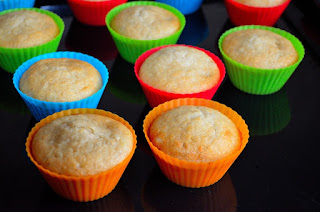 Be sure and share your baked goodies with your family and friends.