A Personal Review of the Movie Collateral Beauty 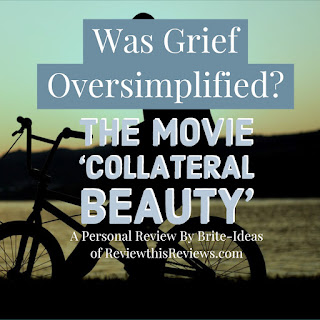 Several of the professional reviews of Collateral Beauty were, to put it straight, not kind. However, fortunately, I watched the movie first, and tripped on the reviews after.

Thanks to Netflix, this past Saturday Night was movie night. Here's the Warner Brothers movie summary that drew me in to give it a go:


Retreating from life after a tragedy, a man questions the universe by writing to Love, Time and Death. Receiving unexpected answers, he begins to see how these things interlock and how even loss can reveal moments of meaning and beauty... by Warner Bros

Does This Movie Have too Much Talent In It?

A few of the negative reviewers speak about their reluctance to trust the quality of a film stuffed with an endless list of high priced talent.

Sure, I get that. I can see why that thought crosses a mind. Hell, it crossed mine. But it was also what drew me into choosing the movie.

If the critics ask this nobody, I'd tell them that bad writing is made better with great acting, but good writing can be lost with bad acting.

So, this average-joe tends to look for films with acting talent first. That's not to say that movies free of big names aren't great movies, I'm just saying, the odds go the other away. With my Saturday nights, I play the odds.

Is Collateral Beauty Insensitive to Grief?

After withdrawing into the anguish of losing his six year old daughter, the movie centers around Will Smith's character, Howard Inlet, sending letters to Time, Love and Death.

Reviewers described this presentation of grief as an over simplification that misses the mark of the complexities entwined in loss.

What did I Personally think about this Film's Handling of Grief? 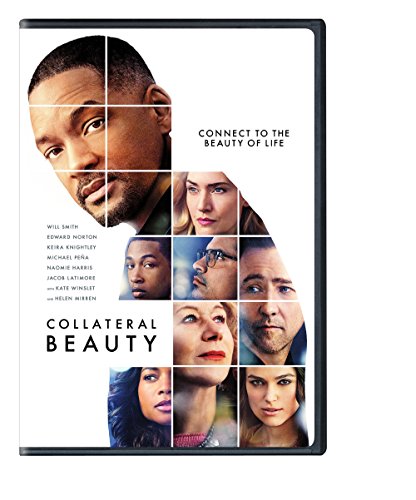 The question for me was, would I write letters to Time, Love and Death?

In a way, that's how I handled my own father's passing: I was lost, I was looking for answers. I needed answers. In my search for those answers, I asked typical cliched questions, and I wrote.

So yes, although I understand the critical analysis that the movie was an over simplification of grief, I also believe in the principle of Occam's Razor; that the simplest explanation is often the best one.

Having Time, Love and Death appear as people was called corny by some critics. They continued on to say that the messages delivered were also predictable and lacking in depth. I'll agree with the later, that yes, there was depth lacking in the visits by Time, Love and Death. However, finding peace doesn't have to be a complicated process does it? So in my opinion, the clichés don't take away from enjoying the film.

There are a Few Surprises at the End

Very few movies can keep me from guessing the direction the writer is taking. Very few. In fact, it annoys some in my family that I can do this. We'll start watching a movie, and twenty minutes in, I'll hear, "don't tell us where this movie is going!". Lol. Oh well, it's a gift what can I say.

However, I must have been having a bad night, because there are two surprises at the end of the movie that I did not see coming! Two, what! I'm losing my skills or something. I'm a little miffed that I didn't anticipate them. So for that reason, I have to give this movie a good rating.

I say 3.5 stars out of 5, and a good choice for a Saturday night Netflix movie.