Summer Novels to Keep You on the Edge of Your Seat 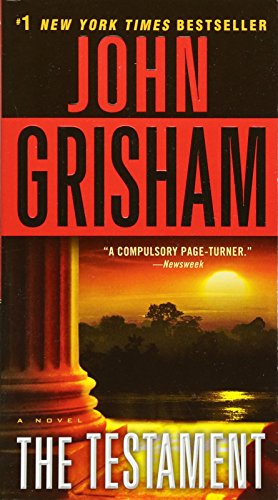 The Testament: A Novel

Let's review some titles that could be interesting stories to fill those hours on the beach or relaxing in on the porch. When there are a few hours in the day that aren't filled with family obligations, it's really nice to grab a good book and just enjoy losing yourself in a story.


Four Titles that I Thoroughly Enjoyed!

These titles will keep you turning pages. John Grisham is a master story teller. He grabs your attention at the beginning of every book and takes you on a journey with the characters he masterfully creates.
Grisham does not shy away from controversial issues either.  Quite often he will be bringing you into the story of an underdog who has everything going against him. Yet with his skill as a writer, he makes you see both sides of an issue and makes you take a stand too.

Getting into the mind of Lawyers and their ilk

Most of Grisham's works involve the law, lawyers, and some unsavory characters, someone who has been "railroaded" by the judicial systems in place, and all of the characters in between. These four books that I have listed here are just a few of the books I have read in the last 2 weeks.  Each one of them tells a story that will draw you into the back counties of many states from Texas to Kansas, Missouri and Mississippi and more.  I love that he can give details for  small towns with charming vignettes that make you see this place in your mind's eye.  You don't have to dream too much to get the picture clear in your head.  The characters are also so well developed that in a sense, while you are reading, you think you know these people. Some of them could be your neighbors! 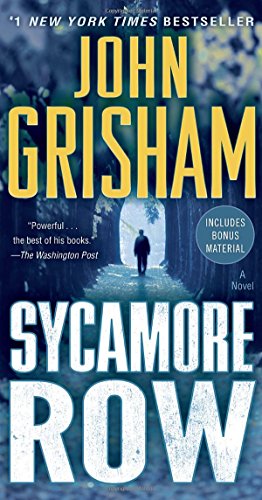 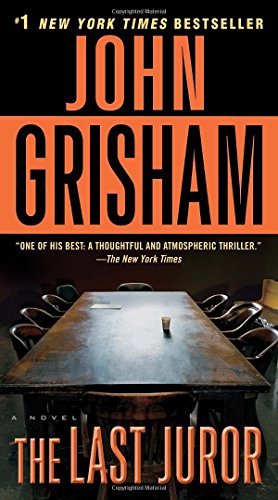 The Last Juror: A Novel 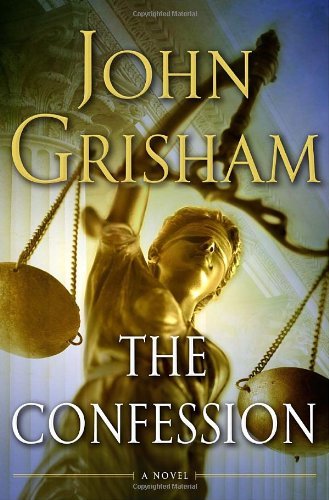 Yesterday, I read the Confession and I must say that I was on the edge of my seat the whole time. Thank goodness I didn't have a lot of work to do, because once I picked up that book, I could not put it down.

The gist of the story starts with a confession of a convicted rapist who sees that a young man is on death row for a crime that he had committed.  He doesn't go to the police to confess, but rather goes to a preacher in a neighboring state.  The preacher armed with this information is left to figure out why this man waited so long to come forward and what to do with this information.  There is a young man on death row who will be executed for this crime in short order.

That's just the beginning of the story.  Donte (the young man on death row)was an all-star football player with a bright future from a good family.  He was convicted of this crime because the police strong armed him and used all kinds of tactics to "beat" a confession out of him. There are no witnesses, no body, and absolutely no proof that he could have murdered this young girl.  Yet because of his confession, he is prosecuted to the maximum.  All the promises made to him about light sentences and little to no jail time are all a rouse to get him to confess. State prosecutors who see an easy conviction coming, they don't bother to go looking for details, after all, they have the best evidence, a confession.  Donte, not knowing he has given the prosecutors exactly what they wanted,  is sent away for a murder he did not commit and given the death sentence.

I'm not going to tell you anymore about the story!  I  don't want to spoil it for you.  There are enough twists and turns in this book to keep you turning pages for days!  You won't want to put it down.

John Grisham is a master storyteller who understands all the twists and turns that can happen in courts of law.  He is also familiar with the workings and back office politics that go on around "cases" that make the papers state-wide and nation-wide.  He uses his knowledge of the systems to create characters and situations  that are very believable and genuine.

Just when you think you have it all figured out, he throws in another curve ball. His books are riveting from the first page right until the very last.  When you close the cover, without a word of a lie, you will literally heave a sigh of relief.  You have lived through the agonies and the joys of the characters in the book.  It will also leave you with some insights, thoughts and directions in a whole host of areas of concern to us all.

This list is by no means complete.  John Grisham has written 22 novels and many other works.  He is an author you should consider adding to your reading list if he isn't there already.