Aquarians - It's your Time to Shine - January 20th to February 18th

There are various places online that claim Aquarius begins on January 19th or January 21st, so it's up to you Aquarians to decide. It's a conundrum!

With two Aquarians in our family, January 20th is the accepted date - they rule here. Well, not really, as a Leo, I rule ... but that's another story.

So Let's Brag You Aquarians Up!

You're the humanitarians of the bunch. You battle for justice when you feel a voice needs to be heard, yet despite your stubbornness are gifted with the ability to listen to the position of others. However, to get to the place of truly hearing an opposing view, you may withdraw or block it out for a little until you've decided it's time to listen or more importantly - that you want to listen. This Leo mother to an Aquarian Son knows what she speaks about!

You know how to pick your battles, and you're careful not to hurt those you love. Any hurt you may cause is mostly unintentional and again, usually a misinterpretation of your mood. You wear your emotions on your sleeve and sometimes that causes people to misread your heart. But you can be counted on for hugs and understanding especially when you're showered with them as well.

You're philosophical nature often guides you without even knowing it. However, since you often seek out the good side of life primarily because you're a fun loving person, you're depth of character doesn't overwhelm your personality. Best of all, when you're happy you're especially magnetic!

It's Not Over Yet - There's More Greatness About You

Lively - Independent - Creative and a Great Communicator! Yes that's you. You're independent nature shines through in almost all you do. Even as a child you sought an independent and often creative way to approach life. Your outgoing character and poignant way of expressing yourself started at birth, or so it seems!

Your social nature adds to your creative energy. Ruling by consensus is your absolute approach to group think, and when others don't play by that rule, you're not a happy camper.

Nobody's perfect right? But there's no need to harp on the darker angels of your sign, because after-all, the other 11 signs have their own problems too, so I'll end it here by reminding you to brag yourself up with home décor that reflects your sign. 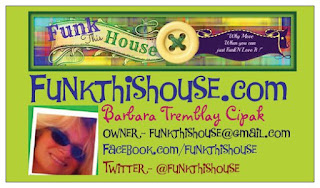 Go ahead and Funk Up Your House!