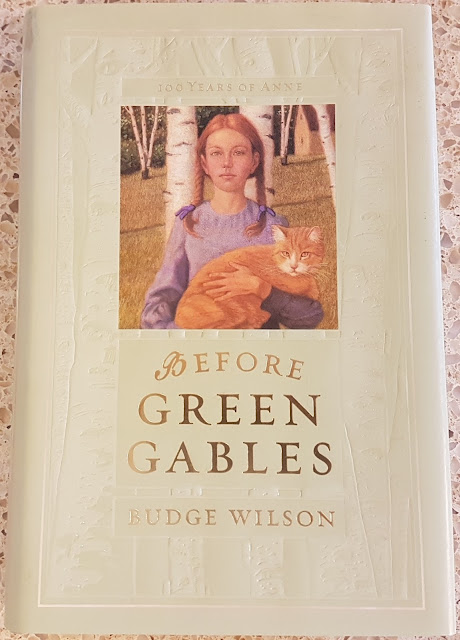 Before Green Gables is the highly publicized, much anticipated, authorized prequel to the book, Anne of Green Gables. It was written by Budge Wilson, published in 2008 and read by me right away, that summer.

Anne of Green Gables intrigues me because I grew up with Anne. I read the books, enjoyed the television series and have seen the musical on Prince Edward Island twice. I would love one day to return. When I grew up, Anne's home was only a couple of hours away from mine although when I lived in Nova Scotia, you had to take the ferry to get to the Island.

Before Green Gables was released during the 100th anniversary of Lucy Maud Montgomery's book, Anne of Green Gables. The prequel was somewhat controversial because it was written by a modern day author. However, if you have ever wondered what Anne's life might have been like before she went to Prince Edward Island, you will enjoy this book. The original book only hinted at what Anne's life might have been like and Wilson tells it as she sees it and she does a good job of doing so.

I discovered this short Youtube video, which talks briefly about the book including why and how it was published and author Budge Wilson's initial reluctance to write about such a beloved character, a world renowned Canadian icon. The video also introduces the book Imagining Anne: The Island scrapbooks of L.M. Montgomery by Elizabeth Epperley a book that I have yet to read but which sounds interesting.

Why Should You Read This Book?

Who Is Budge Wilson?


Budge Wilson is the author of Before Green Gables of course but before she wrote this story, she was already a well-known Canadian author. She's a Nova Scotian and she has more than 30 books to her name. For those books, she has received 25 awards that include but are not limited to a number of Canadian Children's Book Centre "Our Choice" awards, a first in a CBC Literary Competition, a City of Dartmouth Book Award, a Canadian Library Association Young Adult Book Award and more. 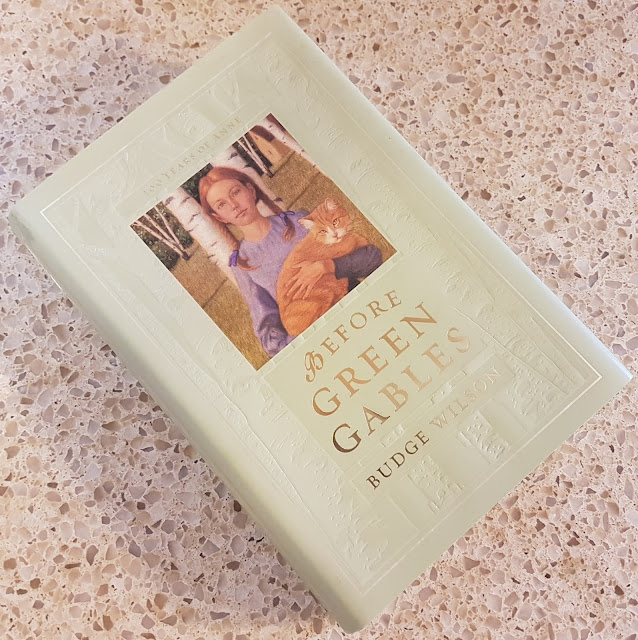 
Yes, YES, yes. I definitely would. It is an easy read that harkens back to a simpler time but more importantly that ties into a very important children's book, Anne of Green Gables.  A reviewer at the Washington Post said, "The back story we knew just in passing takes on a rich, real life of its own full of credible period detail. I was rapt." I agree and I was rapt, too. Fans won't want to miss Before Green Gables to find out what Budge Wilson imagined as Anne's life before P.E.I. The estate of L.M. Montgomery, who commissioned this book, approved, too.

Are you a fan of Anne of Green Gables? Have you read this book? If so, what did you think of it? You can learn more about or order your copy of Before Green Gables on Amazon by clicking right here.


Anne of Green Gables: A New Beginning
If you are a fan of Anne, you might like to check out the other book that depicts Anne's life before Green Gables.