I recently attended the CERT program training classes in our area.  Over a period of several days, our class learned a great deal about emergency response and being prepared to help in a disaster.  In our area, that would most likely be a tornado, or possibly an earthquake, but the classes also covered blizzards, floods, volcano eruptions, mud slides, and more.   That training could easily come in handy while traveling.

In addition to emergency response techniques including putting putting out a small fire, we learned a lot about being prepared for the disaster before it occurs so we could act quickly when needed.  Part of the very basic preparedness is something everyone should do whether you are CERT trained or not.  Every home should have a power failure light that automatically comes on during power outages.


This is a very simple way to assure light in area darkness.  The LED Sylvania Power Failure Light is actually a 3 in 1 light.  When the power is on, it acts as a night light.  I placed one in each of the hallways in our home and one in our kitchen.   The nightlight is a bit too bright for us to have in a bedroom, but it would be perfect for a child's bedroom. 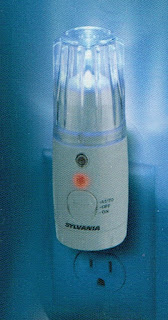 When the electricity goes out, the LED flashlight comes on.   It provides a flood of light so you can easily see it and the surrounding area.  The very best attribute is that you can remove it from the electrical outlet, fold under the collapsible plug, and carry it like any other flashlight. 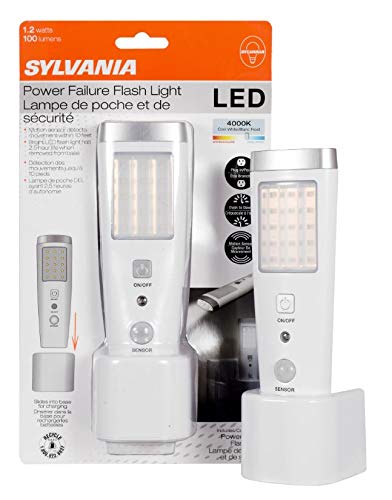 The Sylvania power failure light in my photos above is an older model that is no longer available. I have featured the newer version of the Sylvania light that is currently available. Because of it's brightness, I actually prefer this emergency light to some others even though it will most likely only last a year.  I would rather spend $15 a year and have a very bright flashlight than to purchase a longer lasting unit that doesn't provide as much light.

I think a combination of power failure lights would be optimal.  This one for it bright light and a different one for longevity in case the lights are out for longer than 3 hours.

as our secondary back-up light.  It has the same automatic on response when the electricity goes out and can also be carried like a flashlight.  It lasts 24+ hours, but it is not as bright as the Sylvania LED Power Failure Light.
I keep wondering, why did I not know about these really awesome power failure lights before!