Murder in Wine Country: A Review of Deadly Vintage by William Relling Jr.

I live in wine country and I love to read mysteries. This mystery takes place in the Santa Ynez wine country that I often drive through on the way to Santa Barbara. So, of course, I had to read it.


Why I Chose to Read This Book 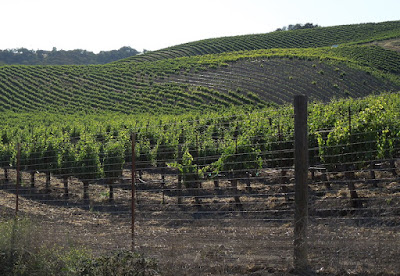 I love reading mysteries, and I love living in wine country, surrounded by vineyards. I even had the opportunity to observe my neighbor's wine making process after harvest. So when I was searching the mystery section at the library for a new book to read, Deadly Vintage by William Relling Jr. immediately caught my eye. As I scanned the dust jacket, I became even more interested. When I actually read the book, all I had learned about the wine industry brought the book to life for me. I'd seen the machines that process the grapes in action (as you will if you follow the link above.) I am personally acquainted with the owners of many local vineyards.

Before reading Deadly Vintage, I had just returned from a trip through the Santa Ynez valley, so I was able to visualize all the places mentioned, including those in Southern California, where I was raised and spent a good part of my life. I have driven the same Los Angeles and Orange County freeways and experienced the traffic exactly as Relling, who lived in Los Angeles when writing the book, described it.

A Review of Deadly Vintage

This book is set in the Santa Ynez Valley in the fictional town of San Tomas. If you click that link, it will bring up a map that will show you  the scenery Jack saw during his investigation. The protagonist, Jack Donne, a former Treasury agent, is now a vintner. He works with his father, Raymond Donne, referred to as Dad in this first person narrative, who had been an architect in nearby Santa Barbara, before retiring to make wine. They have one full-time employee, Jesus Fonseca, who was born in Mexico. The other important family member is Uncle Gerry Donne, Dad's brother, a financial lawyer in Santa Barbara who handles the Donne Vineyards account, besides being a partner in the business.

The action begins when Ozzie Cole the son of another wealthy winery owner, Perry Cole, now retired, barges in on Jack unexpectedly and implores him to investigate the possibility that someone is counterfeiting his expensive wine and selling it in Southern California. Jack does not want to get involved. He has never liked Ozzie, though he respects him as a wine maker. Ozzie's two brothers, June (short for Junior) and Grant, are working together and competing with Ozzie, who has his own operation and produces expensive boutique wines. June and Grant make cheaper wines.

Uncle Gerry finally convinces Jack to work for Ozzie by sharing with Jack a possible connection between the person selling the counterfeit wine and a mobster who is well-known to all of them. A couple of days later, Perry Cole, who is living in a nursing home and is assisted by his long-time servant, Zeke Carlin, an ex-boxer, is murdered on Carlin's day off.

Ozzie is arrested for the murder, since Brad Fitch, the Lieutenant investigating the case, thought Ozzie had the knowledge, opportunity, and motive to kill his father, the motive being money. The Perry family lawyer, Daniel Wikert had let it slip to police that Ozzie stood to inherit almost all of Perry's sizable estate. Ozzie had also been trained as a medic in the National Guard, giving him the knowledge it took to kill Perry in the way he had died. Jack had also witnessed Perry leaving his father, still arguing loudly, the night before Perry was murdered.

Jack doesn't like Ozzie much, but he doesn't believe he killed his father. Jack smells a rat in Wikert, and also learns that the sleazy lawyer has connections with the underworld. Jack continues his investigation to not only uncover the counterfeiting operation, but also to find the real murderer.

The characters in this book are developed just enough to make me care about them. The plot moves in such a way that I'm not really surprised by the outcome, since the author dropped just enough clues to enable me to think with him. In fact, I was pretty sure who had killed Perry before Jack seemed to catch on. I don't like it when I've been trying to think with a detective or investigator and then at the end all kinds of new elements appear that change everything that seemed to follow logically before. I'm looking forward to reading the next and only other book in this series. There won't be any more, because the author committed suicide in 2004 when he was only 49.

I have linked to both formats of the book below, should you want to read it.

Understanding How Wine Is Processed


Croad Vineyard owner Martin Croad invited me to tour his winery during harvest day in 2011. He showed me all the machines used to process the wine, and I have included them, along with his explanation of what they do and a demonstration of each. Watching this video will help you to understand the plot of Deadly Vintage better, since the process of wine making, and the machines used, are important in the plot.

I recommend this book to mystery loving wine aficionados or anyone who enjoys thinking along with investigators to solve murder mysteries. The book is even more fun if you are familiar with the Southern California area and can visualize where the action is happening.
Posted by BarbRad at 3:18:00 AM