If you are a baseball fan, there is nothing better than being at a game in person. And when the game is a Major League Baseball game, it's even better, especially when it's your favorite team!

In June 2014, while visiting my daughter in St. Louis, we acquired tickets to a St. Louis Cardinals' afternoon game. The seats were fantastic, the view outstanding, the weather beautiful (although very hot) and the game fun, even though the 'Cards' lost 3-2 to the NY Mets. In past years I had been to a number of Cardinals games at the 'old Busch Stadium, but this was my first visit to the 'new' Busch Stadium which opened in 2004.


We also had the opportunity before the game to visit 'Ballpark Village', a new dining and entertainment district in St. Louis located next to Busch Stadium. It just opened this 2014 baseball season and is located on the site of the 'old' Busch Stadium. Between the 'village' tour and the Cardinals game, it was a full (and fantastically fun) afternoon. 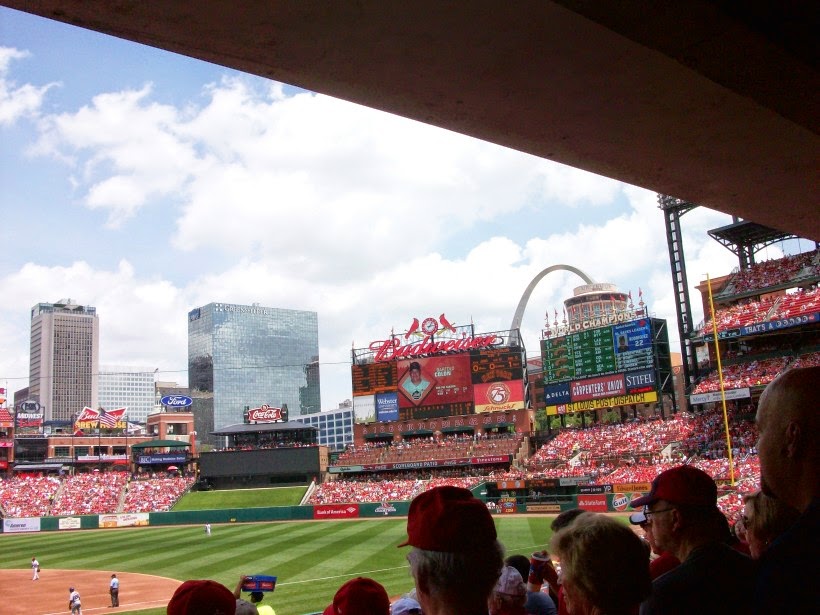 My favorite major league stadium is Busch Stadium in St. Louis, Home of the St. Louis Cardinals, my favorite team.

Kurt, known as BallparkEGuides1 on HubPages  gives us some great tips for enjoying a game at the new Yankees Stadium in the Bronx, NY.

It doesn't really matter which baseball stadium you visit or which team is your favorite. If you are a baseball fan, any visit to a baseball game becomes a joyful summer experience.


'Take me out to the ballgame!'