This was a very, very excited movie audience! I thought I heard a few audible gasps and sighs of thanks when the familiar theme music began to play. Last week I saw a screening of Downton Abbey: The Movie and it has been a long wait for Downton Abbey fans since the conclusion of the television series. 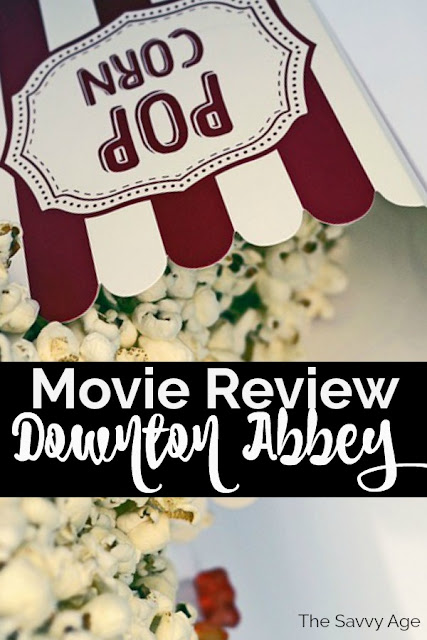 The audience was in rapt attention and displayed perfect movie manners throughout the entire movie.
No one moved for the entire two hours.

All of your favorite characters are back! The full contingent of characters from upstairs and downstairs at Downton Abbey have returned to continue where the story left off after the BBC series ended after 52 episodes and six seasons.

I do not want to spoil the plot of Downton Abbey: The Movie for its' devoted fans. The main plot is a visit by the King George V and the Queen in 1927 and the preparation for the visit by the family and staff.

Of course there are a few twists and turns as the characters navigate the visit and while the downstairs plot is a bit sketchy for the visit, Downton Abbey fans won't mind.


As a compliment to the script of Downton Abbey, these fans GOT IT. They laughed at the right places, chuckled at the double entendres and verbally cheered certain moments of the movie.

The highlights of course of witty banter were the characters of Violet Crawley played by Maggie Smith and Isobel Crawley played by Penelope Wilton. There were quite a few dry, witty, sarcastic and pointed exchanges between these two characters along with a twinkle in each of their eyes. The audience loved it.

As usual Lady Mary Crowley played by Michelle Dockery can throw a dry and sarcastic comment like no one else! I appreciate her directness.

I would have liked to see a more developed storyline for a favorite Downton Abbey couple, John Bates and Anna Smith played by Brendan Coyle and Joann Froggatt , but it was not to be for this movie. Both characters are in the movie, but not in major roles.

When an audience stands up at the end of the movie and applauds - that says it all!
I heartily endorse all Downton Abbey fans to see this movie. You will not be disappointed!