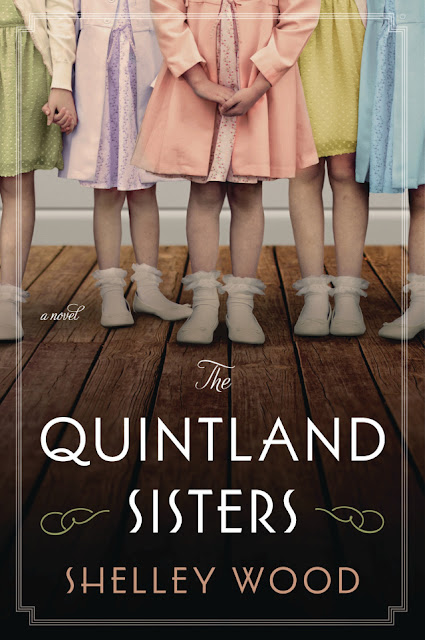 My father and I enjoyed an evening tradition in the small town where I grew up of bicycling to the local public library. On one night I did not  accompany him and he came home with a book that I would never forget. He handed me what was one of the first adult books that I ever read. Adult that is as in that it was a book written for adults and not for children or teenagers.

The year was 1978 and the book was Pierre Berton’s The Dionne Years: A Thirties Melodrama. I remember enjoying that book and it began a lifetime interest for me about the subjects of the book, Canada’s Dionne Quintuplets. The quintuplets or quints as they became known were five baby girls born during the Great Depression and, because of their novelty at that time, were isolated from the world in order to protect them. This separation meant that the government removed them from the care of their parents and, as we now know, eventually exploited them for profit.

Berton’s book, however, is not the subject of this review. Rather, it is the 2019 book, The Quintland Sisters by Shelley Wood that I am writing about. I did definitely pick this book up because of the Berton book and I have no idea how I found it but nevertheless I have read it and enjoyed what for me was an interesting version of the story as created by this author. If you have not heard of the quints or you have and you would like to learn a bit more or simply revisit that time, you will enjoy this book.

The Quintland Sisters is an easy to read book despite the not very nice subject matter. It has little that is offensive other than, of course, the fact that these babies were put on display before the world and taken away from their parents. There is childbirth in the book but not all of the details and there are sexual references. There is one very nasty and unexpected though not overly descriptive scene at the end of the book, which the author uses to fill in the blanks that had been skipped earlier in the book.

The book is a fictional story written diary or journal style from the perspective of a girl named Emma. Emma was present in the farmhouse as an extra set of hands to help the midwife who went to deliver a sixth Dionne child. Emma's introduction to midwifery was definitely an eye opener when not one but five two-month premature babies surprised everyone involved. The five babies weighed in at a total of 13.5 pounds. Take a moment and compare that to my first child who weighed 9 pounds and 5 ounces. Emma stayed on as a helper through the early years of the quints lives and as one of the primary caregivers in the farmhouse.  She stayed on when they were moved shortly after their birth to what was known as the Dafoe Hospital and Nursery in Callender, Northern Ontario. Emma, by the way, is a creation of the author and did not really exist in Quintland.

The story covers the birth of the girls, the immediate days afterward when they struggled to keep them alive without medical equipment and supplies for five babies. Amazingly, they kept those babies alive with among other things, corn syrup added to milk and rum. Dr. Dafoe pronounced, “The babies will not live. It’s too soon for them. They’re too weak.” At that time, quintuplets were unheard of and of course, these ones were very premature. They were the first in recorded history to survive birth and the author says, they remain the only naturally conceived quintuplets to all survive.

In the book, when Dr. Dafoe ushered the first news reporters into the home where a newly graduated nurse and Emma struggled to keep the babies alive, he  justified doing so by saying that they were it was  "unlikely that they would all be alive tomorrow and that it was important to have a record.” This was a fairly innocuous beginning of the exploitation of the girls who would spend years under the glaring attention of the media. During the first five years of their lives, the public visited Quintland to see the girls at play at a rate of up to 6,000 people per day.

The girls went on to become the faces of and earn endorsements from many products including Palmolive, Colgate, Lysol, Karo Syrup and Baby Ruth candy bars. They greeted celebrity and royal visitors. They appeared in three movies, in the newspapers, on the cover of magazines and in calendars. In an age of economic downturn, the Quints earned money for themselves, for their caregivers and in particular Dr. Dafoe, for their parents and for the Government of Ontario. It is estimated that, as a tourist attraction, they helped to bring $500 million dollars to the Northern Ontario economy.

The CBC calls The Quintland Sisters "a novel of love, heartache, resilience and enduring sisterhood", which sounds about right. I do think that this book is more about the lives of the people surrounding the girls and less about their relationships with each other. We do learn a bit about their relationships and temperaments. The real world saw them as a unit rather than as individual human beings but in this book, the character Emma identified differences between the identical girls for us.

They were actually so popular internationally that the Toronto Star employed a reporter full time to cover their lives. It is sad that the press embraced the adorable girls but did not challenge their unusual living situation. The government had taken them away from their parents and their parents had strict visitation rules. They apparently did not even get to hold their babies. The parents were not particularly likable in the book and in the end, the author portrays the mother as broken and the father as a profiteer.  In the long wrong many profited and it seems that no one considered the needs of the girls for real lives.

The author, who discovered the girls by accident, hopes that this book will introduce the story to a new generation. The two surviving quintuplets hope that their story will cause people to think twice before exploiting children but according to the  Toronto Globe and Mail,  they "question whether government authorities have truly learned from the past in living up to their responsibility to protect children from abuse."

Have you heard of the Dionne quintuplets? What do you think of their story?

Order your copy of The Quintland Sisters on Amazon.