5 Items for the Home to Ward off Evil Spirits 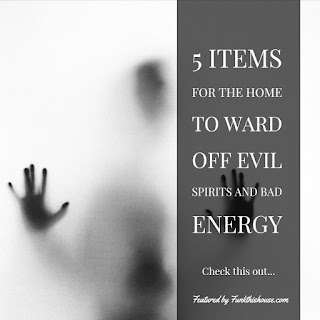 O.k. not really, but just in case here's a review of items for the home that are said to protect your humble abode from all things evil.

When it comes to protecting your home, the best place to put a horseshoe is on your front door as a door knocker. However, if you're unable to place it on the door, go ahead and place them inside your home. A horseshoe in the home is said to attract good fortune, and in doing so, evil gets knocked on it's butt. Some people believe it's better luck to hang the horseshoe with the ends pointing up so that all the good energy has a place to pool inside the horseshoe.

2. Use Cinnamon Scents in Home 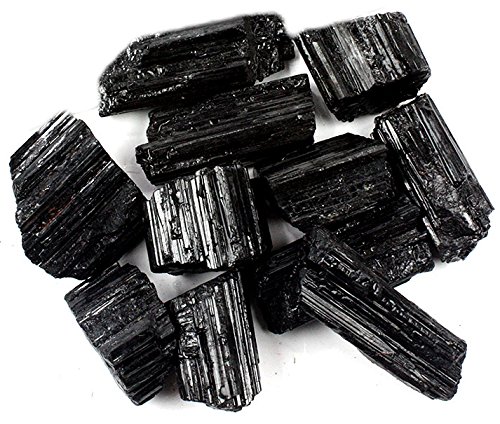 Crystal Allies Materials: 1lb Bulk Rough Black Tourmaline Crystals from Brazil - Large Raw Natural Stones Reiki Crystal sticks in all your wreaths. If you don't want to see the sticks, simply tuck them in so they're not visible.

For those who enjoy the history of witches, witches believed that hanging rosemary on your front door would ward off burglars and intruders. It was also used as a way to rid a room of illness during the time of the plague. If nothing else at all, between the rosemary and cinnamon in your wreaths, your home will smell lovely.

4. Display Gemstones Throughout Your Home

The topic of gemstones is a rather in-depth one. Feature in a centerpiece or in a lovely decorative bowl the following gemstones to ward off bad energy: Tourmaline, Agate, Emerald, Labradorite, Black Onyx, Peridot and Emerald. If you need to pick one, choose Tourmaline as it's said to be the most effective for dark energy.

5. Smudge Your Home With Sage

I know a few people who do this in their home. It's derived from the Native American belief that the smoke from sage will cleanse a space and clear negative stagnant energy. Spread the sage clockwise around your home and while doing so, visualize positive intentions as you clear every room. Reiki Practitioners are known to clear the energy in their home or office with Sage after a session with a client. It clears the energy for the next client so their treatment can begin anew from a cleansed room.