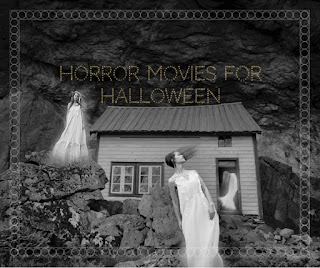 Do you love Halloween but prefer to stay in? Or maybe you and your friends are planning on celebrating with a scary movie marathon. If you enjoy a good psychological thriller. slasher movie, or love a good jump scare, know that you are not alone. Many of us will pop some popcorn, pour a cold drink, and settle in for a movie fright fest. The following movies are highly recommended for mature audience viewing.


At-home movie viewing is amazingly simple these days. A quick stop at a local movie rental kiosk or a couple of clicks on Amazon Prime movies, and voila, you are viewing the hair-raising movie of your choice.


Whether you prefer the original horror classics such as The Birds (1963), The Exorcist (1973), Carrie (1976) or more current horror flicks such as  The Conjuring 2, The Purge: Election Year, and Lights Out, there are plenty of movies to choose from that will make your skin crawl, raise your hair, and have you imagining things bumping on this Halloween Night.


The Exorcist (1973) - The scenes of demonic possession and the little girl's out-of-control body caused many sleepless nights for me. Reportedly, the scenes were so nauseatingly frightful that some theaters provided bags for patrons who may become ill. I have wanted to view this movie as an adult, but cannot bring myself to do so.  I change the channel as the "good parts" begin.

The Texas Chainsaw Massacre (1974) - Recommended as "unequaled", "unparalleled" and probably "the most frightening motion picture ever made". What begins as a weekend getaway for a group of friends turns into a frantic attempt to escape the clutches of a cannibal family. Are you brave enough to invite Leatherface into your home on this Halloween?

Child's Play (1988) - "Hi, I'm Chucky. Wanna play?" Every child has a beloved toy. But what happens when that toy turns evil and there is no escape?! I've never looked at dolls quite the same.

Silence of the Lambs (1991) - Buffalo Bill is a serial murder, murdering young women. The FBI are trying to catch this killer and as the movie twists and turns, it is up to young, Agent Clarice Starling to silence the crying of those lambs. 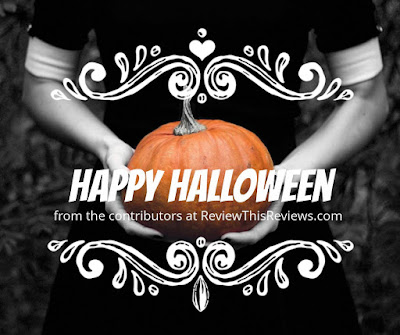 The Conjuring (2013) - Based on the true story of ghost hunters, Ed and Lorraine Warren, audiences watch spell-bound as the Warrens may or may not successfully rid the Perron home of evil spirits. The Conjuring 2 (2016) has recently been released and seems to be just as popular, and frightening, as the first in the series

The Purge (2013) - Once a year, for 12 hours, all crime is legal. Including murder, which is recommended. The government and it's citizens attribute the strong economy to this purging. Would you be strong enough to survive The Purge? A terrifying American dystopian horror film.

The Walking Dead (season 1 - 2010) - The zombie apocalypse arrives and survivors are left to fend for themselves. This gruesome and suspenseful television series is such a hit that it is well into it's 7th season with no sign of losing steam. If you haven't begun the series, and you like horror and gore, plan to watch this in a binge session. The world has been over-taken by the "walkers" and while survivors learn to adapt to this new world, the survivors also quickly learn that other humans are just as dangerous as the zombies.

Whatever you are doing on this All Hallows' Eve, we hope you are safe and having a boo-tiful good time. I plan to be home in a comfy chair, eating a bowl full of popcorn, and watching a terrifying movie.