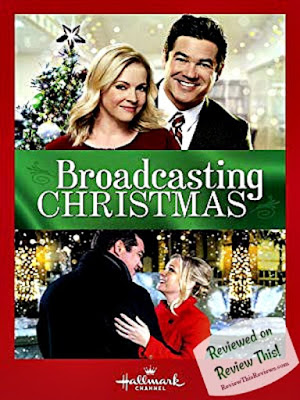 When you mix Melissa Joan Hart, Dean Cain and Hallmark, what do you get?  An amazing romantic Christmas movie!

Broadcasting Christmas takes place at Christmastime in New York with Emily and Charley competing for the same job.   It isn't the first time they have both been considered for the same position either.  Both are television reporters who previously worked for the same station and who were previously romantically involved.  Actually, they were in a relationship until they were pitted against each other 6 years earlier for a different job.   The newscaster job that Charley subsequently landed.

This Hallmark movie is available on DVD, or you can view it with Amazon Prime or as a subscriber to the Hallmark channel on Amazon.


Broadcasting ChristmasCheck PriceWhen Emily hears that the "Rise & Shine" morning show is replacing one of their co-hosts, she is determined to get the job.  Unfortunately, when Emily contacts a friend at the network, is told that she really is not a reasonable candidate for the station since they are seeking a known "name" to fill that position.  In a rare moment of passion, fueled by years of struggling and desire to get a break, Emily makes desperate plea on the air to be considered for the co-host job.  Of course, the next day, she regrets that rash action and tries to apologize, only to find out that her plea is trending on Twitter and the stations viewers love it.  As a result, the network decides to give her a chance.

Emily will once again be competing with Charley and two other well known television faces.  It seems highly unlikely that she will be the one to get the job.  Plus, she will have to face her boyfriend from the past.

When Charley got the newscaster job 6 years earlier, Emily ended their relationship, refusing to move to Manhattan with him so he could work at the job she wanted.  Not to mention, she would have to leave her present position and would not have a job in New York.

This movie might be somewhat predictable, but there are a few fun surprises.  It truly is a really sweet romantic movie with the perfect ending for the couple we all adore.

Currently, "Broadcasting Christmas" is also available on Amazon with a subscription to the Hallmark Channel. 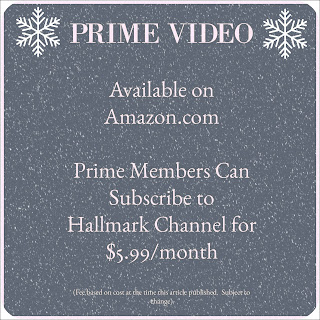 More Movies REVIEWED ON REVIEW THIS!
Available with Subscription to the Hallmark Channel