The Bone Code by Kathy Reichs – A Book Review 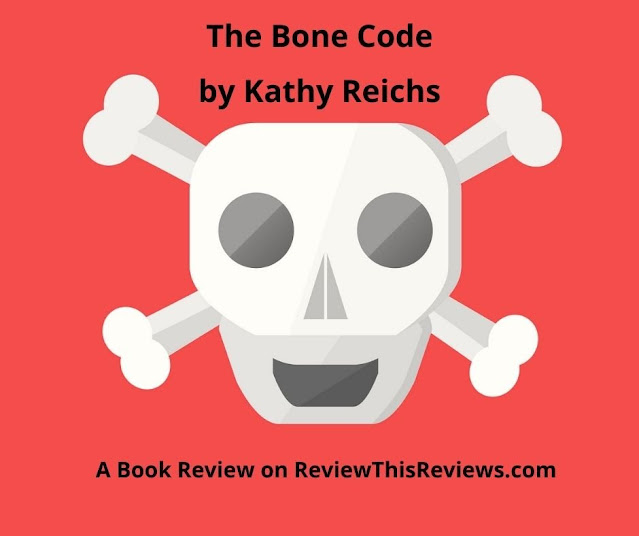 The Bone Code is the latest in Kathy Reichs' Temperance Brennan crime series.

Tempe Brennan is on her way to help a friend on the Isle of Palms on the South Carolina coast whose home is damaged by a hurricane. Before she gets there she receives a call from the Charleston coroner who needs her help with two bodies found in a medical waste container which has been tossed ashore by the storm.

As Tempe investigates, she recognizes many of the details as being identical to those of an unsolved case she handled in Quebec years earlier. She then travels to Montreal to gather evidence.

Meanwhile, health authorities in South Carolina are becoming alarmed as a human flesh-eating contagion spreads. Tempe is so focused on identifying the container victims that she doesn't initially register how the murders and the pestilence may be related.  But she does realize one unsettling fact ~ that someone is protecting a dark secret, and they are willing to do anything to keep it hidden.

The Bone Code gives us a sinister look at a shocking way genetics can be put to use.

Kathy Reichs is an American Crime Writer. She is also a forensic anthropologist associated with the University of North Carolina at Charlotte and the Laboratoire des Sciences Judiciaires et de Médecine Légale in Quebec, Canada.
Reichs' main character (Tempe) in her Temperance Brennan crime series is based on her own life.  And the television show Bones is loosely based on her book series.

*Book Review of The Bone Code written by Wednesday Elf