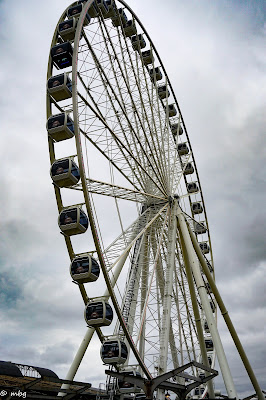 The Wheel at St. Louis Union Station was opened on September 30th, 2019 to help celebrate the 125th anniversary of Union Station.


Facts about the Wheel 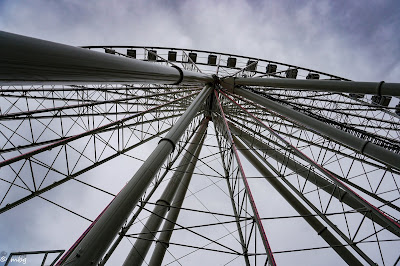 My Experience on the Wheel 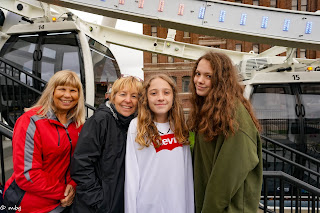 When my granddaughters visited in mid October, I decided to take them to Union Station to ride on the new "Wheel" that had just opened in late September.  In the photo above you see my friend DeAnn, my sister Julie and my granddaughters Ella and Rachel waiting for their turn on the wheel.

I had seen on the news that there could be rather long waits to ride the wheel, but the day we went we were able to walk right up, buy our tickets and ride the wheel when it stopped for the next rotation.  It was a rather chilly day but the gondolas on the wheel are all climate controlled so it was nice and warm.  There were five of us in our gondola and we had plenty of room to be comfortable and even move around a bit so I could get photos from all angles.

I am sometimes a little leery of heights but this  did not bother me at all.  I felt very secure in the enclosed gondola and thoroughly enjoyed the views of the city.  It was a cloudy day so I'm sure you would see more on a clearer day but I still thought it was fantastic.  I would like to go back at nighttime and take photos of the city lights from up on the "Wheel".


Views from the Wheel 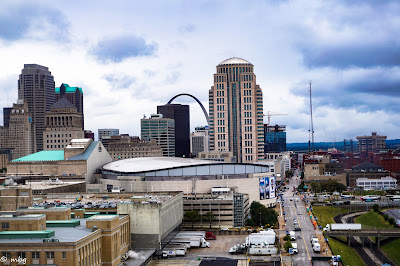 This is the view looking east.  Directly in front you see the Enterprise Center where the Blues play.  Farther in the background you get a glimpse of the Gateway Arch. Also if you look close on the far right side of the photo you see the red brick of Busch Stadium where the Cardinals play. 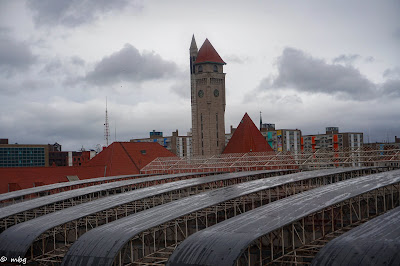 This view is to the north/east.  Here you see the tops of the old train depot  and the red roof of the top of Union Station. 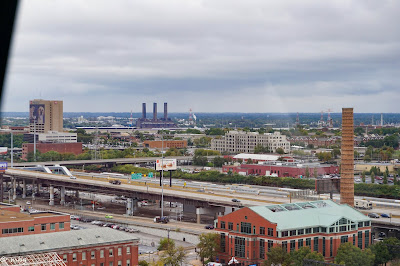 This view is looking to the south. 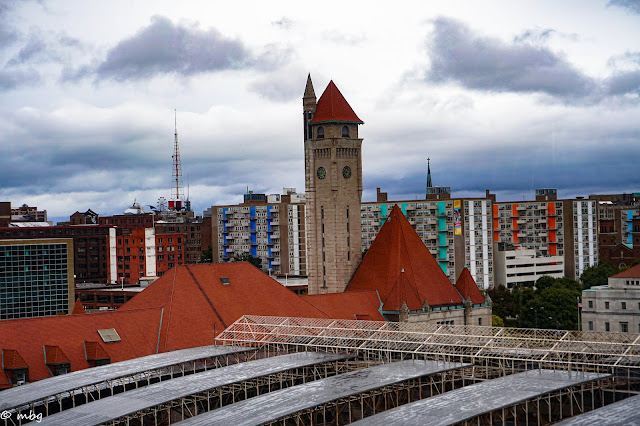 St. Louis Union Station was first open to the public on September 1, 1894.  At one time it was the biggest and busiest train terminal in the country.  It is on the registry as a National Historic Landmark.  Today it is being renovated as a family entertainment complex.

Inside of Union Station you will find the St. Louis Union Station Hotel.  A beautiful hotel that serves guests from out of town along with many meetings, weddings and other celebrations of St. Louis residents.

The Grand Hall is a wonderful meeting place for people.  It is beautiful and the architecture is truly amazing. After our ride aboard the "Wheel"  we visited the Grand Hall and as we stopped to rest at one of their many comfortable seating areas the lights dimmed, we heard a sound of a train coming, and then a fantastic 15 minute 3D light show began.  We weren't expecting it so we were pleasantly surprised.  Beautiful music played and the ceiling was transformed with an different light scenes.  The photos below show two of the scenes. 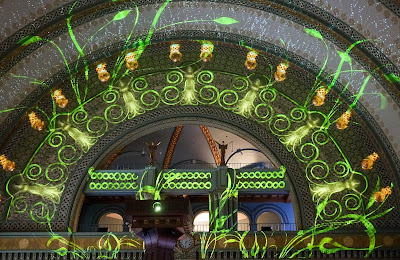 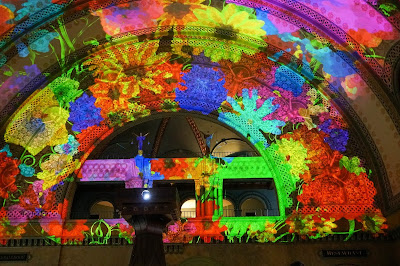 More to do at St. Louis Union Station

There are several places to eat in the complex and we chose to stop at the new Soda Fountain Restaurant which also opened on September 30th.  It features "Freak Shakes, Boozy Shakes and Remedies".  We were however a bit cold to try the shakes so we enjoyed their delicious cheeseburgers and fries.  They also have a gift shop and a candy counter with lots of barrels and bins of old fashioned candies.

The outdoor area at Union Station also includes a carousel, a mini golf course and in the evenings a fire and light show with dancing lights, water and fire.

A big coming attraction for Union Station will be the 120,000 square foot St. Louis Acquarium.  It was under  construction while we were there but should be open by the end of 2019.