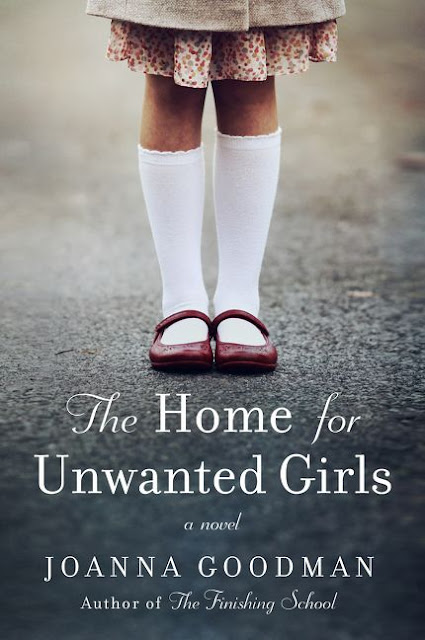 Joanna Goodman's The Home for Unwanted Girls is a fictionalized account of a true story. Set in 1950s French Canada, it tells the tale of a young woman who is forced by her family to give up her daughter for adoption and in lesser part, the tale of the daughter in the Canadian system. It also shares the history of the times in Quebec including the divide between the French and the English.

Most of us are aware of the situation a girl of the age of 15 would have been in in 1950s society if she found herself pregnant. I believe, however, that most of us are unaware of what happened to the large number of the children who were given up for adoption in Quebec at that time but who were never actually adopted.

Those 'unwanted' children were placed in orphanages where they were misused as servants and abused by nuns and staff. Later, when those orphanages became psychiatric hospitals, the children were simply reclassified as mentally ill and assimilated into that population where they continued to be used as servants and abused but were also treated as mentally ill.

As someone who did not know of this story before she picked up the book, I found it simply unbelievable that this was allowed. They were children and while naive to the ways of normal living because of living in orphanages, they were not mentally ill.

How could a switch from orphanage to mental asylum even be allowed? Well, it turns out that it happened because patients in mental asylums received more funding than children in orphanages. The province of Quebec received $1.25 per orphan or $2.75 per psychiatric patient so orphanages became hospitals. Of course, it was only later that the physical, psychological and sexual abuse was discovered. The author, in her interview with the Toronto Star, says that restitution has been offered by the government to the victims but no formal apology has been made by the church.

The author also shares that this book was drawn from her own mother's life in the 1950s. That is, of a French-Canadian woman married to an English seed merchant. However, the author struggled with how to present the story until she read a French memoir written by a survivor that shared one woman's thoughts as she actually lived through the situation.

This book reveals a very sad time in Quebec history. It delves into the issues of language, class and religion. It is also a story of family and of romantic love. Yes, there is a lot of heartache but the book is well written and comes HIGHLY RECOMMENDED by me if you enjoy historical fiction and want an eye opening look at a little known piece of Canadian history. Be warned that the subject matter it is disturbing and it did happen. However, I raced through The Home for Unwanted Girls needing to know what happened next. What the outcome would be was never far from my mind.

You can buy your copy from Amazon by clicking right here. If you do read this book, be sure to come back and let us know what you think.

See you at
the book store!
Brenda