Review of Spring Training in Baseball

Spring Training is a period of training and exhibition play beginning in late February and lasting up to Opening Day of Major League Baseball.

For about four weeks, experienced players and rookies alike train and play at small parks in Arizona or Florida, getting ready for the beginning of the baseball season.  It is a unique baseball experience for fans, giving them up-close access to favorite players and a chance to see blossoming prospects who could go on to be the next big star.

For me, the Baseball Contributor here on Review This and a huge baseball fan, Spring Training is a sign that the long, cold winter is nearing an end and warm weather and the joys of baseball season are about to begin.  I believe in the quote: 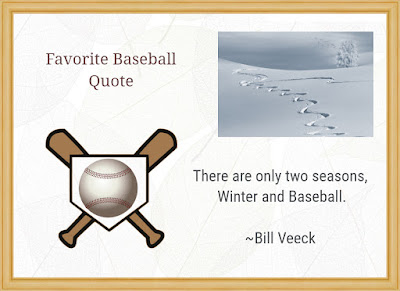 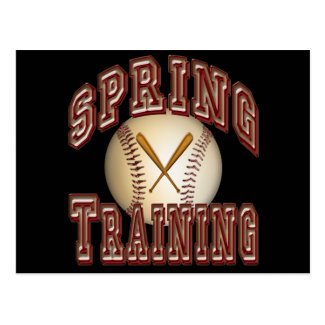 Spring Training is nearly as old as baseball itself, although it was not the big business it is today with designated parks just for Spring Training games and winter excursion packages to games in Arizona and Florida for snow-weary fans.

In bygone days, training games were held locally to save money, training indoors in inclement weather. Later, teams began training in the south, but there were no organized training leagues until after 1910.  Today it is as much a marketable enterprise as the regular baseball season with two distinct leagues, one in Florida and one in Arizona.


The Cactus League holds spring training in the desert for teams from both leagues (American and National). These teams are generally located around Phoenix and include:


The Grapefruit League holds spring training in various parts of Florida, both the Gulf coast and the Atlantic coast. This league includes the following teams:


Following is a famous quote by Roger Hornsby, the well-known second baseman for the St. Louis Cardinals (1915-1919), that definitely says how I feel when there is no baseball. 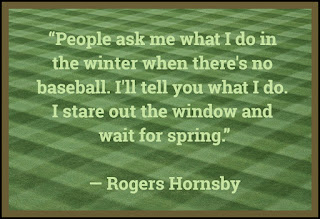 
Will  you be attending any Spring Training games this year, or have you done so in the past? Leave me a comment telling me where you went and what team you got to see.

*Blog Note:  Mary Beth Granger, our own MbgPhoto here on Review This, travels with her husband to Jupiter, Florida each February to attend their beloved St. Louis Cardinals Spring Training games.


For the rest of us, join me in welcoming the beginning of the Major League Baseball season and the fact that this represents an end to winter and the return of the 'Boys of Summer'.