On a trip between Boston and Cape Cod my husband and I made a small detour to see beautiful Scituate Lighthouse. This lighthouse is located on the South Shore of Boston. On this page I will review a bit about the history of this lighthouse along with sharing my photos from our visit.

Scituate Lighthouse is the 5th oldest lighthouse in New England and the 11th oldest in the United States.  It was activated in 1811 and is built of split granite blocks with a 1 1/2 story house attached.  While searching online for information on the lighthouse I found the interesting story listed below.  The information is from the Scituate Historical Society web page.


Captain Simeon Bates, the first keeper of Scituate Lighthouse, his wife, and nine children lived at the house. During the War of 1812 Abigail and Rebecca, young daughters of the lighthouse keeper, prevented the British from sacking the town. Noting the approach of two redcoat-filled barges from a British ship of war, the girls snatched fife and drum and hiding behind a thick cluster of cedar trees made such a din that the British mistook them for an entire regiment and made a hasty retreat. Abigail and Rebecca Bates have gone down in history as 'The American Army of Two" and their courageous act has been recorded in many textbooks and story books.    http://scituatehistoricalsociety.org/light/ 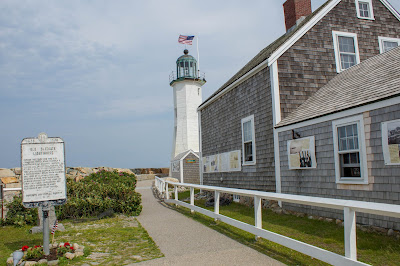 Today the lighthouse is located at the  end of Lighthouse Road.  It is now an active private aid to navigation and is managed by  the Scituate Historical Society.  It is only open limited hours but we were able to walk around the grounds and I was able to capture photos from various directions. 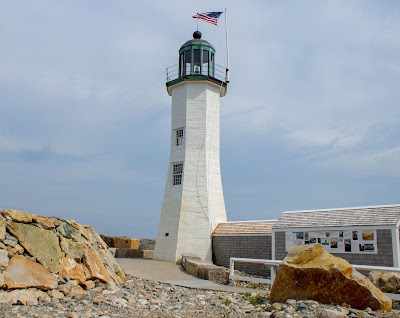 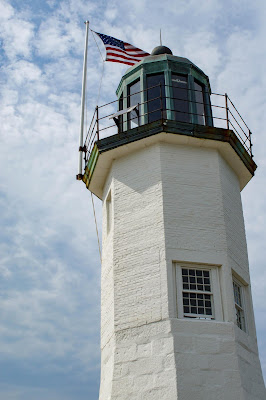 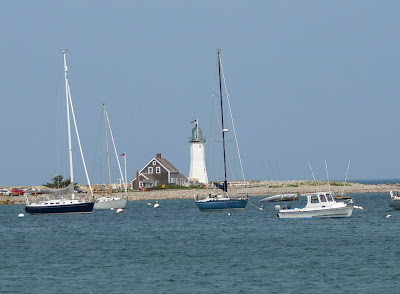 If you found the story of the two sisters fascinating you may  want to  read more tales from early New England or perhaps this story about a Rhode Island lighthouse keepers daughter.

Zazzle Candle from my Photo 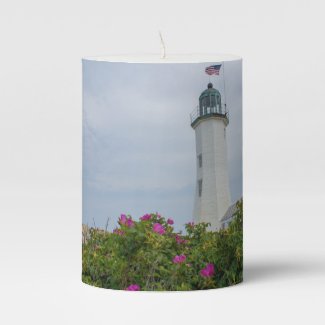