I loved reading biographical fiction when I was in fifth grade. I still enjoy it today. I recently reread Bully for You, Theodore Roosevelt by Jean Fritz in order to review it and to compare it with an ebook I had just purchased,  Bully! (The American Hero Series) by Ryan Stallings. Both books are aimed at middle school students. Both books will help students learn more about Roosevelt, since the details of his life are accurate. They just use different techniques to introduce "The Colonel" to young readers.

In the first, Bully for You, Theodore Roosevelt, Fritz introduces our 26th American President by telling the fascinating story of his life. In the second, Bully!, a fully grown Roosevelt enters the modern world from the past to interact with a grieving boy and his father.

Bully for You, Theodore Roosevelt

Jean Fritz is known for writing biographical fiction for young people. I have a page of mini-reviews of Jean Fritz's books here and some biographical information.  In Bully for You, Fritz shows us how a weak child disciplined himself to overcome the physical odds against him to become strong. His father had challenged him to make his body, telling his son, '...without the body, the mind cannot go as far as it should.' Young Theodore took this to heart, working out regularly in a gym his  father built for him. It took strenuous effort, and he had to exert himself, but he did become strong. He continued to push himself against all odds in his adult life. 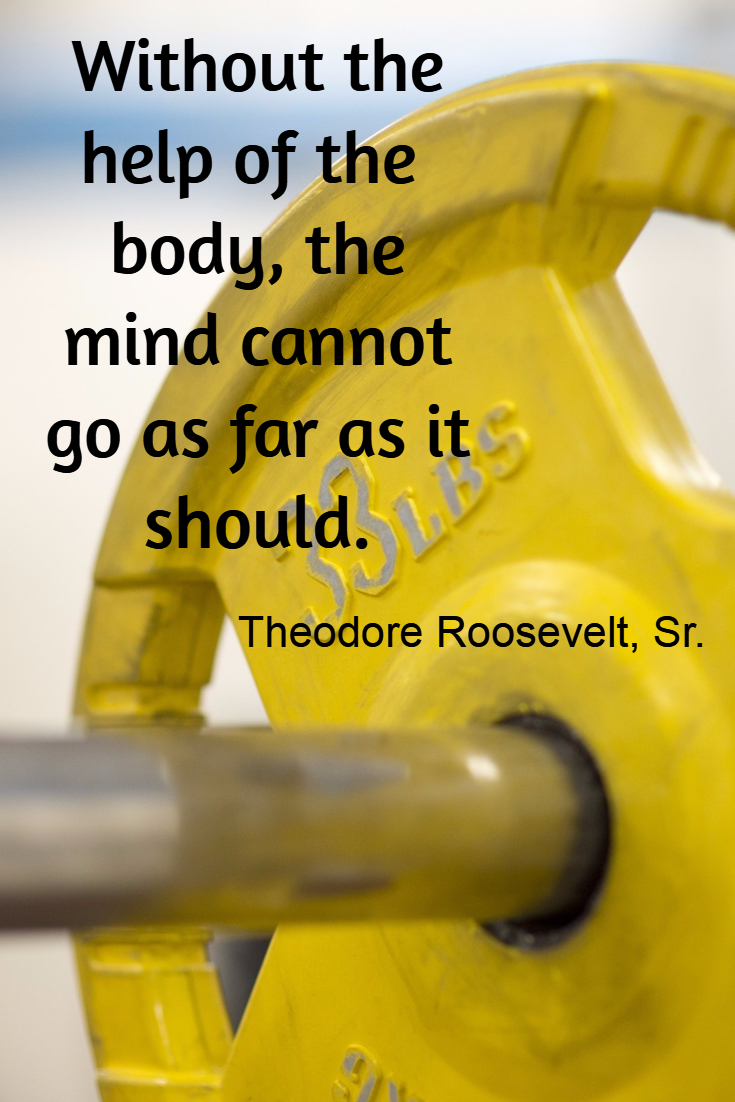 I believe Fritz does a good job in capturing the reader's interest with her humorous and action-packed account of Theodore Roosevelt's life and accomplishments. But the book is more than plot and action. It is full of ideas.

For example, young Roosevelt had read that you could  conquer fear by acting as if you were not afraid. He decided this might also work in conquering unhappiness. When he was working through his grief after his father's death, he acted happy in the only way he knew how. He threw himself into activities he enjoyed. It helped somewhat as he grieved.

One can learn much in this book about politics and how things are done in both the state and national governments. The chairman of the Republican party called "Teddy" a madman and a dam*ed cowboy when it appeared he might be nominated for Vice President. Any of that sound familiar?

After William McKinley was assassinated and Roosevelt became president, his friends reminded him that McKinley had been the most dignified president ever, and they urged Roosevelt to act in a more dignified manner. They didn't like the way he dressed for his walks or the way he charged full steam ahead through his agenda and activities. Roosevelt decided he would continue to be himself.

I would recommend this book to any middle school student who needs to read a biography of an American historical figure. It is entertaining and offers much insight into American politics and history. Even adults who don't want to work at reading history will learn much from this book. Find a more detailed review of the book here.

In Bully! we meet exactly the same Teddy Roosevelt presented in Bully for You, Teddy Roosevelt. We just meet him in a different context. He enters the modern era as a transformed teddy bear to help a grieving father, Senator Paul Douglas, and his son Jamie, through a terrible time in their lives. Jamie had just lost his mother to cancer.

If one reads the Fritz biography, first, one will see why "The Colonel" as Roosevelt asks to be called, is uniquely qualified to help the family heal. He also knew grief and loss, and although he was a weak boy, as was Jamie, he determined to become strong and he succeeded. He knew how to help Jamie face and defeat the bullies who were assaulting him. As a family man, he knew how to make Paul understand he was failing at his most important task and to help him find a way to succeed.

Before Jamie's mother died, she bought him a teddy bear she had planned to give him for his eighth birthday. Paul gave it to him in the limo as they were going to drop Jamie at school after the funeral service. Paul thought they should resume their normal routines as a way of dealing with grief.

It was a horrid day for Jamie, and you can read more about it in my longer review of this book. After his traumatic experience, Jamie comes home to an empty house and his father stays away all night working. Jamie sits the bear on a rocking chair facing his bed and tells him 'I wish I had a real Dad.'

When Jamie woke up the next morning, the bear was gone. Instead, a man he did not know was sitting in the rocker. Jamie was scared to death -- so scared that he screamed. So did the man in the chair, and he had a very high voice. They both kept screaming, but when they were out of breath Jamie finally asks the man who he is. He soon discovers his intruder is none other than Theodore Roosevelt, who says he came because Jamie asked him to. He asks Jamie to call him "The Colonel." Jamie stopped being frightened and was soon happy to have the Colonel as his friend.

Both Jamie and Paul learn a lot from Roosevelt to help them cope with loss and go on with life. Colonel shares many of his own experiences with the two and becomes part of their lives until he is no longer needed. Although the author means for the readers to learn about the life of Roosevelt, he also addresses in words and actions how to deal with grief, how to deal with bullies, and how to be a good parent. In addition, Roosevelt (as the Colonel) helps Paul make decisions about his political future.

Although this book is supposed to be for children 7-15, I think a child should be about ten before reading it independently. It might work as a read-aloud for younger children, but parents would be wise to include discussion as they read it. The transformation of the bear into the colonel can be confusing, though no more confusing than the transformations common in fairy tales. The big difference, though, is that Roosevelt is a historical figure many children have studied.

As an adult, I had to keep asking myself how other characters in the book would deal with meeting Roosevelt. Jamie's teacher and many others thought he was an actor. There was no way people were going to believe he was really the historical Roosevelt back among them. We can see how this might work if only Jamie could see and interact with him, but everyone saw him when he was with Jamie or Paul. He even got arrested and jailed a couple of times. If readers are willing to accept this convention, the book is an educational and enjoyable read. I think it would be best used as families or classes read and discuss it, especially if a child is dealing with grief or bullies.

Theodore Roosevelt is very quotable. He was a wise man. Below is a sampling of shirts from Zazzzle that capture some of his wisdom and advice. If you click through, you can find shirts with the same quotes available for women or children and in many styles and colors.

I couldn't resist adding this one last quote I found on a bumper sticker. Enjoy!

Roosevelt on the Senate Bumpersticker