Every Bush is Burning by Brandon Clements, A Review


Of course, you already knew that. Every Bush Is Burning shines a harsh light on today's Christian churches in America. I don’t know what I was expecting when I started reading this Christian novel, but not what it turned out to be.  The book is hard to define. It’s fiction, but it’s also somewhat of a sermon and an indictment of American Christianity. It brings to mind the bumper sticker “Christians aren’t perfect, just forgiven.” 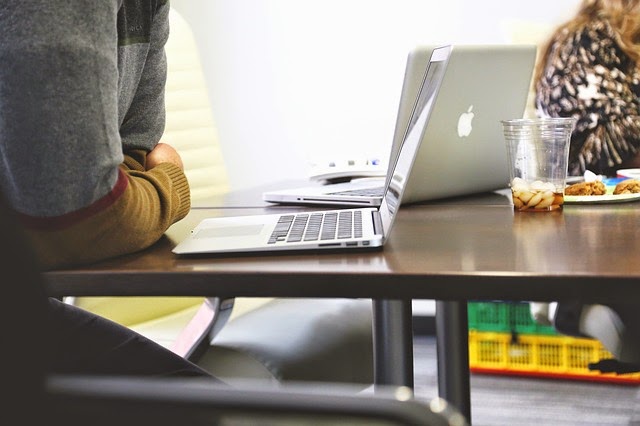 
The book begins and ends with Jack Bennett, a newspaper columnist, writing a letter on his laptop in a coffee shop, supposedly to another regular, whom he’s seen there often and never spoken to. He admits to being very self-centered as he is always wondering how people perceive him. We learn the following about him: He is married with twin three-year-old boys. He lives in South Carolina. He is also having  an affair with a coworker named Jordan. His dad deserted the family when he was very young.  His Uncle Richard often watched Jack and his sister Sara as their mother worked. He molested Sara, and maybe Jack, as well.

He assumes most people are not honest with themselves and live in “zombieland,” as he himself used to and still does part of the time. He decries the fact that most relationships he sees are just surface. People numb themselves with substance abuse, and television when they feel hopeless and don’t want to think about their lives.

He hates advertising for its lies and false promises.  First it works on making people feel depressed because of what they don’t have. Then it promises that whatever product it is selling will make people feel better and help fill their emptiness. He points out that although we live in one of the world’s richest countries and we have luxuries, comfort, and every possible kind of entertainment people are still “exceedingly bored.”

Jack Bennett writes “We’ve all become experts at diverting our dissatisfaction into entertainment and a thousand other places, but it’s inescapable. We’re like kids at Christmas, unwrapping gift after gift only to find coal inside the box.... then we look around with darting eyes for the next present…” hoping it will be different than those we’ve already opened. One present Jack opened was Jordan, with whom he had the affair.

Do Church Billboards Tell the Truth?


One morning Jack is driving to work and sees a billboard for a well-known church with an ad in big letters ‘CHRISTIANTITY IS THE BEST THING FOR OUR BROKEN WORLD.’ He was frustrated by this because he felt this church was more a political social club for upper middle class white people.  He then wrote a column blasting the Christian religion as practiced in America. He mentioned the hypocrisy, scandals, lack of compassion for the poor and homeless, a judgmental attitude, and more. He concluded that although he had nothing against Christ, he sure didn’t like Christians, who were nothing like the Christ they supposedly followed. In the next chapter he tells some stories from his childhood that help the reader see why he is so sure his assessment of the church is correct. I won’t go into detail on those here.

On the next Sunday he passes another church, a smaller one, where he normally sees signs he thinks are hilarious. He was hoping to see another funny one and he wasn’t disappointed. He saw ‘What if Jack is Right About us?’ He couldn’t help pulling in to the parking lot. That’s when he first saw Yeshua, a homeless man knocking on the church door. Yeshua tells Jack an usher had escorted him back outside after he had been inside. The congregation was singing “I have decided to follow Jesus.”


At first I thought this would be like those stories you hear about people picking up hitchhikers who turn out to be a unique blessing, say something that makes you realize they know more than they could know naturally, and then just disappear. Jack offers to take the man out for a meal, they talk, and he introduces himself as Yeshua.

At breakfast, they discuss Jack’s column, which Yeshua has read. It’s evident that although Yeshua admits Jack was right about the particular church he wrote about, he still had a lot to learn. They agree to meet for breakfast every Sunday. At the end of their meal, as Yeshua is leaving, he tells Jack there is just one more thing he’d like Jack to do for him during the coming week: repent of cheating on his wife and beg her for forgiveness. Yeshua says if Jack doesn’t do that, he will expose the affair.

Jack is stunned. How does Yeshua know about his wife Chloe and the fact that he’s cheating on her? He had considered himself so careful and discreet.  He tries to figure out who could have revealed his secret. He later finds that Yeshua knows a lot more than that about him and his family secrets.

Who is Yeshua Really?


The rest of the book deals with Jack’s attempt to make things right with Chloe, who is  badly hurt and has no desire to forgive him or save the marriage. He also wants to help his sister Sara through her depression and substance abuse, and to find himself and meaning for his own life. Yeshua is able to nudge him in a number of right directions, including having him  take Sara to a Christian recovery group that is like a family. Yeshua becomes a big part of his and even Sara’s life.

Because of certain inconsistencies I saw in Yeshua’s character, I was pretty sure he wasn't a Jesus figure, even though he didn’t say he wasn’t Jesus. It wasn’t evident who he really was, though,  until it was revealed at the end.  I have to admit I didn’t see it coming. The book kept me interested because I wanted to see what happened to all the characters and find out the real story of who Yeshua was. One thing he did was preach a lot to Jack. Some people might find that off-putting.

What Was the Author's Purpose?


I would say one purpose of this book is to be a wake-up call to those who are leading empty and unsatisfying lives because they have not yet found their significance and worth in the knowledge of how much God loves them.  Since I am already a believer, I’m not sure how this would have hit me had I not been. The author is hoping to show his readers that what they see in certain versions of the Gospel being preached in many churches and in the media is a false  Gospel, not based on the Bible at all, and designed to appease the flesh rather than feed the spirit.

Another purpose of the book is probably to show those who frequent churches that their worship may not really be worship that God is pleased with at all. Clements definitely attacks self-righteousness and spiritual pride, as well as the attitude that we can be good enough to win God’s favor, that we can “buy” the water of eternal life with our good works, instead of coming to God with empty hands and a repentant spirit, knowing our true condition.

This book is available in paperback or as a digital book for your Kindle.


Every Bush Is Burning

A More Positive View of Christians


To see a contrasting and more positive view of Christians in a series for young adults, read my review of  In Between, the first book, in the series. It's the story of a sixteen-year-old foster child whose mother had just gone to prison. She had been in a group home for six months and raised herself before that, and you can taste her fear as she drives with her social worker to meet her foster parents. I couldn't put the book own and had to buy all the books in the series within a week after I read the first one.