Book Review of Listen to Me by Tess Gerritsen

Listen to Me is #13 of 13 in the Rizzoli & Isles series.  Jane (Rizzoli), homicide detective with the Boston Police Department and Maura (Isles) Boston Medical Examiner, return in another thriller. This time Jane's mother is looking into a mystery of her own. 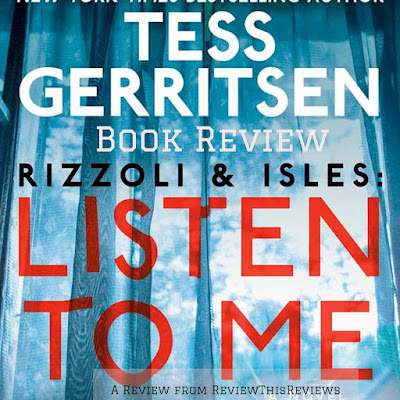 While Jane and Maura are trying to solve what appears to be a completely senseless murder of a widowed nurse, Jane's mother Angela worries and wonders about what is going on in her neighborhood. There's the gossip about the runaway teenager down the block and the strange neighbors who have just moved in across the street. When Angela tries to tell her detective daughter about this, Jane writes it all off as her mother's overactive imagination.

Meanwhile, the lack of clues in the murder are driving Jane and Maura crazy.

This particular novel is laid out in an interesting manner. Chapters in this story are headed with and switch back and forth from MAURA to JANE to ANGELA (Jane's mother). Within each chapter, we learn more background about each of the characters, including some about their personal lives.

As Jane and Maura struggle with trying to solve the murder case, they seem to lose sight of something sinister happening much closer to home. When Angela is kidnapped in broad daylight right in front of her home, Jane discovers that her mom's concerns and the current police case are actually related.

Read “Listen to Me” to learn how both situations are resolved. 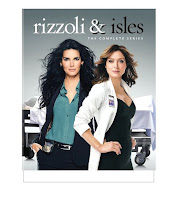 Tess Gerritsen's Rizzoli & Isles book series inspired the TV series by the same name (Rizzoli & Isles) starring Angie Harmon and Sasha Alexander. The series ran for 7 seasons on the TNT cable channel. It can now be seen in reruns on Lifetime and other channels. Each of the 7 seasons and the complete series are also available on DVD.

*Listen to Me, a book review by Wednesday Elf