Review of Challenges in Identifying Lighthouses from a Cruise Ship 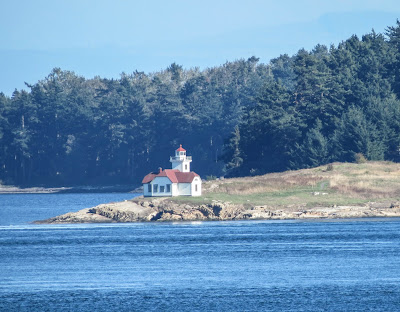 The lighthouse above was photographed after the cruise ship had left the port of Vancouver.  We had been traveling for about 2 hours when I saw this cute little light just outside the window. I grabbed my camera and got a few photos but I had no idea where we were or the name of the lighthouse.  Now was the time to  put my detective skills to work!

Getting a Closer Look 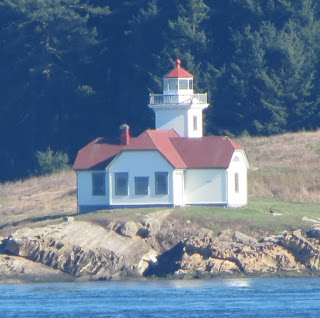 Zooming out for Further Clues 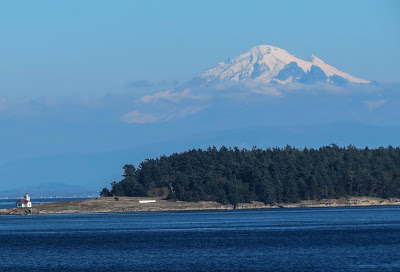 Next, I zoomed out for a long shot to see if the surroundings would give me any clues.  I had been so focused on the lighthouse at first I missed the beautiful mountain peaks in the background.  What a glorious site!  Still I wasn't sure which mountain I was viewing and at this point I wasn't sure if we were off the coast of Canada or the USA.

Doing a Bit of Research

When I got home,  I went online to try to determine the name of the lighthouse and the mountain.  Here are the steps I took to find my  answers.

The lighthouse I discovered is on the western tip of Patos Island.  This island is in the San Juan Islands off the coast of Washington.  The lighthouse was built in 1893.

The mountain it turns out is Mt Baker in Washington which stands at 10,781.

Art from my Photographs

I enjoy creating art from my photographs.  Here is the Patos Island photo on a piece of wood wall art from Zazzle.