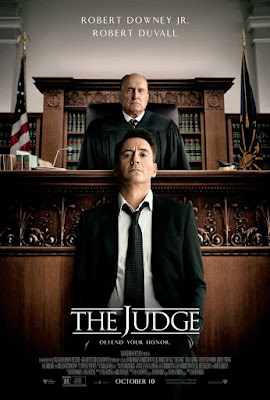 A Highly Recommended, Must See Movie!

Rarely do I go to the theater to see a movie and come away feeling like I actually saw a movie worth viewing. It is especially rare for both my husband and myself to equally rave over a movie.

I didn't expect to really like The Judge. I was mostly going to be with my husband and The Judge is the movie he had selected. I should have known with a cast that included Robert Downey, Jr., Robert Duvall, Vincent D'Onofrio and Billy Bob Thornton, that the movie would be outstanding.

It was actually better than outstanding, and I can highly recommend it.

The Characters in The Judge

Hank Palmer (Robert Downey, Jr.) is a tough, hard-hitting successful defense attorney who is known for defending criminals and winning. When his mother dies, he has to go back home for the funeral for the first time in years where he almost immediately comes face to face with the past and a father, Judge Joseph Palmer (Robert Duvall), who seemed to always be disappointed in his middle son.

The oldest son, Glen, masterfully played by Vincent D'Onofrio, never moved away from their home town. He is married with children, owns a auto tire shop and has spent his life being a dependable, respectable, basically good guy.

There is also a younger brother, Dale, who is mentally handicapped and is obsessed with making home videos. Another character who is very easy to like.

Brief Synopsis of the Movie, The Judge

On the evening of their mother's funeral, a once convicted murderer who was sentenced by Judge Palmer, is killed. Judge Palmer is accused and charged with the murder. As it becomes abundantly clear that the "nice" defense attorney Judge Palmer has hired is no match for Dwight Dickham (Billy Bob Thornton), the Judge has no choice but to rely on his son, Hank, to defend him.

The Judge actually makes defending him very difficult for Hank because his wants to preserve his reputation and insure that the decisions he has made in the cases he has presided over will not be challenged.

Review of the Movie, The Judge

So many movies today are very surface. They are all about the blood and gore, sex or sensationalism.

That is simply not the case with The Judge. The movie has a real, "old fashioned" plot!

As a viewer, you feel like you actually get to know the characters. Each of these men do such a superb job of playing their roles, that you forget that they are actors on a screen and cry, scream or rant right alone with them.

There are several touching, revealing scenes in this movie. Almost like real life. You think you know someone and what makes them tick, only to find out that you were mistaken about their motivation. Why they made certain decisions and judgements. How simply reminding a person of someone we know, can alter the way we treat an individual. That is amazingly realistic.

If you are looking for a movie that has a real story line that may even make you question your own judgement, you will love this movie too. Personally, I always enjoy a movie that makes me introspective, one that causes me to seriously think, not just sit back and be visually stimulated. 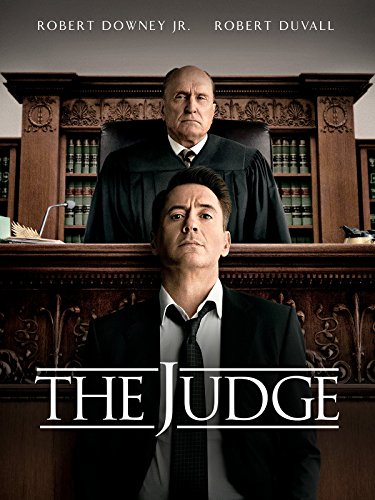 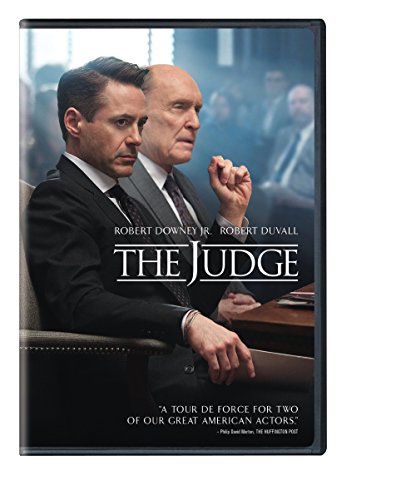 The Judge - Purchase the DVDCheck Price