There have been a large number of famous baseball managers over the more than 150 years of Major League Baseball. Every baseball manager begins Spring Training each year with the same hopes & dreams for his team for the upcoming season. As Tony La Russa wrote “Opening Day of Baseball is magical. Sure, it's only Game 1 of the 162 games in the season, but it's more... a day of promise that there will be a winning season.”

In his book One Last Strike, La Russa, the St. Louis Cardinals' longest running manager, tells us how he used his 33 years of managerial experience with 3 different teams to bring the Cardinals from virtual elimination to winning the World Series in 2011.

The Cardinals have had some of the best managers in all of baseball, including Red Schoendienst, Whitey Herzog and Tony LaRussa.

CrossCreations reviews them for us in Cardinals Baseball Managers. 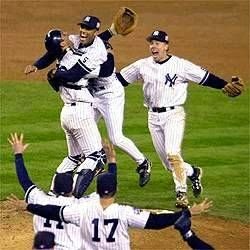 One of the most well-known baseball managers was Casey Stengel, who managed the New York Yankees from 1949 to 1960. During what was known affectionately as the 'Stengel Era' (1949 to 1953) the Yankees won the World Series five consecutive times. I remember being a pre-teen during the 1950s and thinking that the Yankees were the only team in town! :) 'It's the World Series – the Yankees will win!' Of course it also helped that I lived in New York State and was therefore a loyal NY Yankees fan!

Hopes and Dreams of Baseball Managers

In this summer 2020, the MLB season has been shortened by a world-wide virus. The baseball season was delayed until the end of July.  Now, all managers – and the teams they lead – hold onto their hopes & dreams in a short 60-game run to determine the 'best-of-the-best' as they do each season.


Review from the Review This!  Baseball Fan Contributor