The Potter's Lady - Book 2 of Refined by Love Series Reviewed 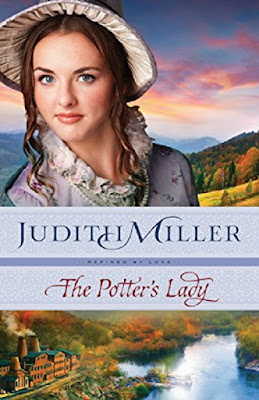 Last week, I reviewed The Brickmaker's Bride from the Refined by Love series by Judith Miller.  If you haven't had a chance to read that review, I invite you to visit that review since that book is the foundation for the entire series.

This Christian historical fiction takes us back to the late 1800's where women were not encouraged to explore the working world.  Outside of being seamstresses or house help, there were very few acceptable jobs for women and none of them were considered proper for women in high society. 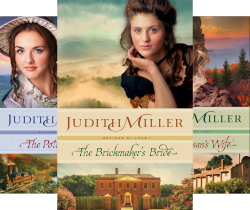 Review of The Potter's Lady


Rose has just graduated from Philadelphia School of Design for Women and she is quite anxious to get back home to her family, her place of security and love.  Because she is an Irish immigrant, she was not well received by the other girls in the school.  They took every opportunity to make fun of her and to remind her that, regardless of her connections with the Woodfield family, she is still an outcast in high society.

The Potter's Lady (Refined by Love)As soon as she sees her brother, Ewan, she knows something is wrong.  She insists that he tell her what has upset him.  When he finally relents and shares the latest news from home, Rose is distressed to hear that Ewan has been forced out of the family brickyard business.  Since he was never made a partner as promised, when Uncle Hugh died, his wife, Margaret became the sole owner and she had her own plans for the business.  On the train ride home Ewan needs to stop to visit two other businesses that are for sale.  He hopes to start over and would like his sister's help in deciding which company would be the best investment.

They visit both a small brickyard and a pottery works company.  Even though all of Ewan's experience has been in a brickyard, the family decides to purchase the pottery company instead.  Since Rose is an artist and Ewan has management and contract negotiating experience, the family believes they would make a great team in a new business.  That decision is also based on not wanting to compete with Margaret's brickyard and potentially causing a greater divide in their extended family.

At her graduation party, Rose reconnects with Joshua Harkness.  His family also owns a pottery works in another city and she believes he might have some insight to help her succeed.  Joshua has other ideas of his own and starts courting Rose, but he also takes a mistress who happens to be Ewan's daughter's nanny.

Rylan Campbell is a longtime employee of the pottery works that Ewan and Rose purchase.  He is key to helping them grasp the intricacies of the pottery works business.  Rose immediately sees several changes that need to be made to the daily business.  She desires a cleaner environment, as well as a school for the children working at the pottery works.  She gets a tremendous amount of resistance from the workers and even though Rylan doesn't like change, he strives to help Rose implement her ideas.   Rose and Ewan's twin sisters come to the factory to set up the school that will teach around the children's work schedules.

In spite of their hard work and factory changes, the pottery works can't seem to land any new contracts.  That is, of course, detrimental to the success and longevity of the company.  When Rose hears of a contest with a reward of a huge pottery contract, Rose and Rylan go to work on a new design that they hope will win.  However, just as before, Joshua Harkness has other ideas and plans.

As I said in the introduction, this book can easily stand on it's own merit.  Honestly, I enjoyed reading this book more than The Brickmaker's Bride, but I was glad I knew the family background, especially where Margaret was concerned.   It was also nice to already be familiar with the history of how Ewan and his family came to America and met the Woodfields.

Reviews of the Books in the Refined by Love Series