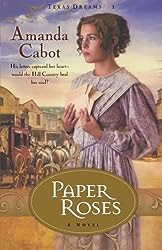 Imagine having to leave the city where you had happiness,  loving parents, wealth, and social standing, to become a mail order bride on a Texas ranch in 1856. It was a long way for Sarah Dobbs to go with her little sister Thea from Philadelphia to San Antonio. Why would she do such a thing?

Her wealthy father’s investments had disintegrated into nothing and he had shot his wife and then himself. All the old friends abandoned Sarah after this disgraceful thing had happened.  The house was gone, the money was gone, and she had no family left except her very young sister Thea, whom she felt responsible to protect and care for. 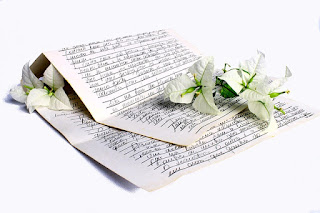 Sarah herself was considered not worthy of a good husband because she had fallen off a horse and the fall had mangled her leg. She walked with a limp. Her leg was deformed. When Austin Canfield of the Bar C Ranch in Ladreville, Texas began courting Sarah through his letters, she fell in love with him. Even though she realized the marriage was more of a business arrangement, she knew she loved him. But here she was now, waiting at the station in San Antonio for him to arrive, and he was nowhere to be found. Had he deserted her, too?

When she had about given up hope, she was finally met not by Austin, but by someone else, who turned out to be his brother, Clay. It was Clay’s horrible task to tell Sarah her husband-to-be had just been murdered. His intent was to take Sarah back to the ranch so that she and Thea could recover from their trip, and be ready to make the return trip back home in a week.  As you can probably guess, it didn’t turn out that way.

Paper Roses by Amanda Cabot would be classified as inspirational fiction with a bit of romance. Both Sarah and Clay are dealing with anger over what has happened to their families and a feeling that God didn’t care or he would have prevented it. Austin’s one purpose was to find his brother’s killer, see that he paid, and then go back to his medical practice in Boston.

Sarah’s purpose was to protect Thea from the kind of ostracism she herself had suffered because of her father’s actions. She felt that could best be accomplished in a new setting where no one knew her. She wanted to stay in Texas. She was determined to find a way to make a living to support her and Thea.

Clay allows her to continue living on  the ranch until she can support herself. He is kind to both her and Thea. He had lost his own wife who was pregnant with their first child, and he has not recovered from that. She had died of food poisoning from eating tainted fish chowder, or so everyone had thought.

Thea insists on calling Clay “Papa,” much to his dismay, even though both Sarah and Clay have repeatedly set her straight. But he is very kind to Thea and even teaches her to ride a horse – over the protests of her mother, who was still terrified of horses.

Sarah is finally hired to work in the mercantile owned by  a French family, Isabelle and her brother, Leon. Neither could speak German, but half the town spoke only German. Sarah could speak German and had demonstrated her usefulness by translating for German customers on her first visit to the store the day Clay brought her to town to get some things she needed. After hiring Sarah, the store’s sales increased, and Isabelle, who was a devout Christian,  became Sarah’s close friend.

That’s all I will tell you. You may be able to guess the end from here, but not all the twists and turns that take you there as both Sarah and Clay try to find Austin’s killer, Sarah tries to unite the town and start a school, Sarah tries to help Clay’s father walk again, and God begins to heal old wounds to the spirits of all involved.

If you enjoy Christian fiction, I recommend Paper Roses. It’s worth the read. I turned out to be right about the murderer. The book’s title comes from the letters Sarah received from Austin during their courtship. She called them paper roses.

Book Review of Stealing the Preacher by Karen Witemeyer


I read Stealing the Preacher because it was a free promotional download from Amazon for my Kindle. I didn't know what to expect, but I thoroughly enjoyed it. I saw characters who were human and believable, even if the plot was unrealistic. The book is a light historical Christian romance, but I didn’t find it as predictable as most of them are. Yes, you know almost from the beginning how it will end, but the fun in the book is getting to the end, not knowing what the end will be. 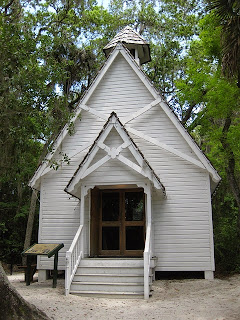 The main character, Crockett Archer, is hoping to land his first job as a real preacher  in Brenham, Texas. We meet him on the train as he travels for his interview with the church elders. He and one other preacher are competing for the job he wants, but he’s sure he’ll get it. He has been an apprentice preacher in his own small town in Texas for three years.

The train suddenly lurches, and he discovers that it is being attacked by bandits. The big surprise for him, though, is that all the bandits want to steal is him. They don’t hurt anyone or take anything else. He is kidnapped and taken to a ranch about ten miles from Deanville, where he discovers he is to be a birthday gift for the rancher’s daughter, Joanna Robbins. She had told her widowed daddy, Silas, that she wanted a preacher for her birthday. He took her quite literally.


It turns out that Silas is not the least bit interested in church or preaching, but is simply humoring his daughter, who did not approve of his method of obtaining her present. Crockett explains his situation and Joanna frees him to try to keep his appointment. It turns out she had wanted a preacher because the small church for the ranch no longer had a pastor and the church had fallen into disrepair. The pastor had moved to a larger church in Deanville and it was too far for the ranch community to travel every Sunday.

Joanna wanted a preacher in the church because she  was still praying for her daddy’s salvation. She had promised her mother before her death, that she would continue the daily prayers for her father after her mother passed away. Johanna thought having a preacher in the church again would give her the support she needed. Daddy and his ranch hands had formerly been a gang of bandits, but when he married, his wife had made him give it up and they had all been honest men for over sixteen years. They had never hurt or killed anyone.


As it turns out, quite predictably, Crockett doesn’t get the job he was after because he didn’t make his appointment on the right day at the right time.  As you might expect, he takes the job of pastoring the small church for Johanna. She talks her father into hiring him as a hand so he can support himself. He was well-qualified since he was raised on and helped run his fathers ranch with his brothers after his father died young.

That’s all I’m going to tell you. There’s plenty of action between the time Archer arrives at the ranch and the end of the book.  The action reveals much about character of the people who are interacting.  One situation which I expected led to another one which I did not anticipate, and it left me on the edge of my chair holding my breath.  If you like Christian historical fiction, I recommend this book for an entertaining and relaxing read. I will definitely read more by this author if I get the chance. Amazon carries it in every possible format. Just click the picture to purchase and see other reviews. Unfortunately, it is no longer free, since I got my book during a special promotional offer, and it has ended.