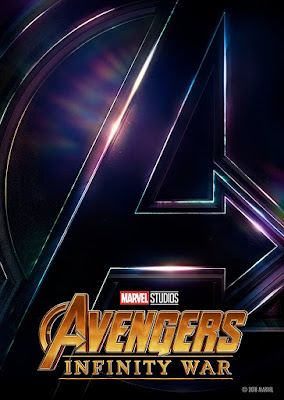 Marvel fans love this movie!  All of our favorites join the battle to save the world from evil domination.

The Avengers team up with The Guardians of the Galaxy to battle Thanos who is collecting the 6 infinity stones with the ultimate goal of taking over the universe.   With each infinity stone, Thanos becomes more powerful and harder to defeat.  He ruthlessly murders the keepers of each stone using whatever means is necessary for him to add to his collection and ultimate, unstoppable power.

Thanos' plan is to rule the universe and eliminate 50% of the population.  He claims the resources of the world are finite, therefore he wishes to decrease the surplus population so those who are left will be sustainable.  His claims that he can eliminate hunger may sound noble and benevolent until you realize mass murder is necessary.

What I didn't expect was to see several of my beloved heroes die at the hand of powerful evil.

List of the Infinity Stones, Their Colors and Their Current Protectors

Trends International Avengers Infinity War
Thanos Wall PosterCheck PriceAsgard, Thor's homeland, has been previously destroyed in the movie Thor:  Ragnarok.  For viewers, the Infinity War begins when Thanos (Josh Brolin) attacks Thor's refugee ship.  Thor has been taken captive and Loki subsequently surrenders the Space infinity stone in his possession in exchange for Thor's life.  In a heart-sickening turn of events, Thanos murders both Loki and Heimdall (Idris Elba).  But, Thor is left alive and is rescued by The Guardians of the Galaxy.

The battle moves into the streets of New York where Doctor Strange, who possesses the Time infinity stone, is attacked.   Iron Man, Hulk and Spiderman all try to protect Doctor Strange to prevent the theft of the Time stone.

In Scotland, Vision, who possesses the Mind stone, also finds himself under attack with Scarlett Witch being his only defender at first.  However, Captain America, Black Widow & Falcon show up just in time to save both Scarlett Witch and Vision from certain death.

The final battle takes place in Wakanda, home of the Black Panther, where Vision was taken to be protected.  All of the remaining Avengers and Guardians arrive to defend Vision and the universe, but all do not survive.  The end is shocking!

I couldn't move from my seat when the movie was over.  I kept wanting more.  I needed there to be more, but clearly that will have to wait for the next movie.

Do I Recommend Avengers: Infinity War

Absolutely!  However, I plan to buy the DVD as soon as it is released and I would recommend Marvel fans should do the same.  I want to be able to watch it again right before I go to the theater when the sequel is released.

One final note: Be sure you sit through the credits at the end of the movie. You will want to see the teaser with Nick Fury (Samuel L. Jackson) and who he summons for help. A new avenger is clearly on the horizon!