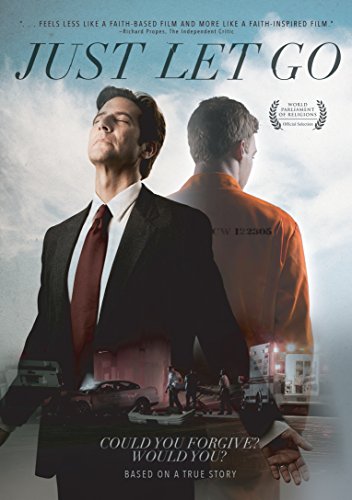 
Just Let Go (Based on a True Story)

It is a time to reflect and recognize my shortcomings and ask for the grace to become a stronger person in faith. To that end, I watched this movie, "Just Let Go" with the hopes that it would inspire me.

Just Let Go, features Henry Ian Cusick and Brenda Vaccaro in a couple of the leading roles. You will recognize both of these actors if you were a fan of 70's and 80's TV.
Based on a true story, It asks the tough questions. Can you forgive? Not an easy matter when your family has been decimated by a drunk driver.

The movie takes you to places that no one wants to visit.

When we hear the news reports of a drunk driver taking out a family and then walking away from the accident unscathed, we are appalled and angry!  How can this happen?  Why wasn't the drunk driver the one killed?  Our sense of justice is immediately put to the test.  I'm sure more than one would fail because we just can't see the Justice in that situation.  The bigger question is, if it happened to us, "Could we Forgive"?

As Christians that is what we are called to do, forgiveness is a large part of our core beliefs. But, if that were our family, could we forgive?

This movie tries to show what happens when we do take that time to work through our grief and let the anger and need for retribution go. Is it easy? Never in a million years would it be easy, but for our own sense of sanity, it might be necessary.  So ask yourself again, Can you Forgive?


Amish Grace (Based on a True Story) 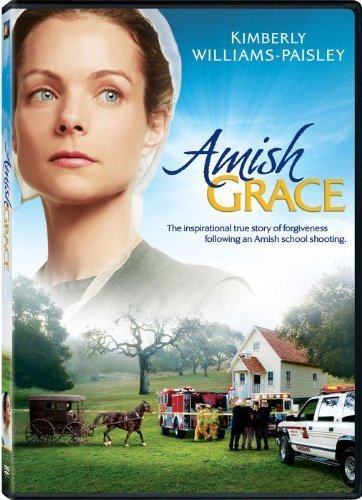 Amish Grace by 20th Century Fox by Gregg Champion
In the same vein, "Amish Grace" is also a movie about forgiving those who have wronged us by their actions.

Not quite the same scenario as Just let Go, but with the same results. Many families were totally broken apart by one person's actions. How do you come to terms with those actions and the consequences of those actions?

The Amish, whose faith revolves around the "Our Father Prayer" has a strong connection with forgiveness.  They live the words of the prayer, especially,  "forgive us our trespasses as we forgive those who trespass against us!"

They reached out to the widow of the shooter, recognizing that she also had her life turned upside down by the actions of her husband.

They did not turn their backs on her because of her relationship with the man who shot their innocent children. They forgave him and opened their hearts to the women left behind and her family. Could we do the same?

These are tough questions for Christians all through the year, but especially at the Lenten times when we are called to witness and proclaim our faith by our lives. We need to take the time to look at these hard questions!  It's a good barometer for our faith lives to see where we need to do more work.


Of these two movies, I preferred Amish Grace as the whole story and the reactions were much more real to me than that portrayed in Just Let Go.

That may be due in part because of my own feelings.  I would be much more outraged and seeking some form of retribution. Just Let Go, seems to get to the point of forgiveness far too quickly.  My reactions would have been far more gut wrenching.  (My husband seems to think that's because I'm an extrovert!)
But that is my opinion. I'm hoping you will watch both movies and let me know how you feel.

The Bottom Line and the One that is the Hardest to Live is that:


Forgiveness is the Key to Happiness in this life. Both of these movies make you aware of that fact.
Is it easy to do? Not a chance, but then so many things that are worthwhile to do are not easy either!