3 Charlie Brown Home Decor Ideas Because It's that Time of the Year!

Every year as we approach Halloween, these multi-generational classics return to us: Charlie Brown Halloween, Thanksgiving and Christmas.

If You're an avid Charlie Brown fan, Check out these Reviewed Creative Suggestions for Peanuts Home Decor

It's not easy to find Charlie Brown Crib Bedding, however, if you're willing to go the route of custom made, there's a lovely set available through an Etsy Seller.

This particular set includes five pieces; the quilt, a dust ruffle, bumper pads, a pillow and a sheet. Of course items included can change, so it's best to contact the seller directly to confirm what's included and to request any additional pieces you may want.

Best of all, if you're into supporting products made in the USA, this seller is located in the US and ships within the US, to Canada and to Australia. Be sure to check it out via the above link. The set is super cute!

If you want to start a Christmas tradition, setting up a Christmas Village each year is a lovely trend that the whole family can enjoy.

For 25 years we've included setting up a village as part of our holiday routine. It's a ton of fun for the kids when they're little and even when they're not so little. We go the whole nine yards with fake Christmas snow, houses, accessories, people and even trees for the snow.

We place ours on the top of a mid height cabinet so that it's out of the reach of little fingers.

To make each piece visible, place various height boxes (we use the boxes of some Christmas decorations) on the surface. Then hide the boxes with the fake snow. Creating levels makes the village look outstanding from a distance and gives it more of a realistic feeling with hills and valleys.

Be sure to check out the Charlie Brown Christmas Village pieces at the above link. Collect them, it's a blast!

There's something about fall that brings the Peanuts Crew to life.

Be sure to check out the original choices for the yard featured at the above link. You'll find a creative wooden Peanuts gang billboard for the yard, custom made by an Etsy seller. It's colorful and most of all unique! 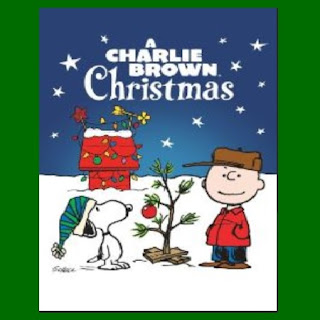 I feel as if I have always known Charlie Brown, Snoopy and the entire Peanuts gang.  They were not only a part of my own childhood years, but they were a part of my husband's childhood.  Of course,  we introduced them to our children when they were little too.  Therefore, our household has literally had decades of being entertained, and multiple generations taught, by the magnificent Charles Schulz characters.

In 1965, "A Charlie Brown Christmas" made it's debut on television.   It is one of the Christmas classics that I must watch every year.  I even find myself singing or humming "Christmastime is Here" while I am cooking or decorating our tree.

The Peanuts gang is an entertaining group for every age and every member of the family.  Watching "A Charlie Brown Christmas" together is a wonderful family tradition.

Each year, my heart is touched by the message shared in this Christmas classic to such a degree that anyone watching me would think I had never seen the show before.

The opening scenes of everyone ice skating are beautiful with the snow falling and the loving sense of happiness.  The theme song softly plays in the background.  As I mentioned earlier, it is such a simple melody, that it often plays in my mind throughout the Christmas holiday.

While they are walking to the ice, Charlie Brown is telling Linus about his general depression surrounding the holidays and his own lack of understanding for his absence of excitement and enthusiasm.
(You can view that in the video scene below)

When A Charlie Brown Christmas was made, the producers broke a lot of unwritten rules.

Setting the Stage for "A Charlie Brown Christmas"


Moving past the tranquil opening scenes, we find Charlie Brown seeking advice from Lucy about his holiday depression.  Lucy takes her station in the lemonade stand as a Psychiatrist to help Charlie Brown determine why he is depressed.  In an effort to help, she appoints him as the Christmas play director.

Meanwhile, the beloved beagle, Snoopy, sets out to win a decorating contest by decorating his dog house.  Even though Charlie Brown detests the commercialism of it all, the dog house really is very pretty when it is decorated and later wins 1st place in the competition.

When it is announced that Charlie Brown will be the Christmas play director several people, including Snoopy, express disappointment.   Lucy takes over and assigns everyone their parts and the practices begin.  Then, Lucy sends Charlie Brown and Linus to bring back a Christmas Tree for the play.


Against Linus' objection, Charlie Brown chooses the Christmas tree that needs him.  Of course, he is laughed at and criticized by his peers when he returns with a real tree instead of a modern aluminum tree.

It is at this point that Linus steals the show with his description of what Christmas is really all about.  His eloquent delivery of the true Christmas story is the reason why this show rates as one of my Christmas favorites.

Heeding Linus' words Charlie Brown determines not to let commercialism ruin his Christmas.  He takes his little tree home to decorate it.  After using one ornament from Snoopy's decorated dog house, the little tree bends under the weight of the ornament. Charlie Brown believes he has killed the little tree and walks away even more depressed than before.


Again at Linus' suggestion, the gang comes together to show a little love and decorates Charlie Brown's tree.  When Charlie Brown sees what his friends have done for him and for his tree of course, he is overjoyed.  The entire group breaks into song:  "Hark the Herald Angel's Sing".

Amazing isn't it?  Charles Schulz was actually allowed to make a Christmas story that tells of Christ's birth and it became a classic.