Book Review of Tabitha (Girls from the Mountain Book 1)

Tabitha's Story is One of God's Grace


In this Christian novel by Vikki Kestell, young Tabitha had to deal with situations so horrible that it hurt to read about them. Yes, Tabitha did bring it on herself by running away from home with Cray for a more exciting life than she had with her parents in their home near a Texas creek. She was fourteen and bored with her monotonous life. Cray promised riches and adventure.

Tabitha knew her parents did not approve of Cray. They had warned her that he had no sense and that he was a wild dreamer. Still, he was able to persuade Tabitha to run away with him to the Arizona gold fields. Even though Tabitha knew running away wasn't right, Cray's flattery about her beautiful red hair and milky complexion, as well as his promise to marry her in a church wedding as soon as they made their fortune, convinced her to ignore her conscience.

She had learned the difference between right and wrong from her parents. She knew she was rebelling when she left with Cray. What she never dreamed was that he would so completely betray her that only the grace of a God she hadn't met could save her.


Tabitha (Girls from the Mountain Book 1)
&


Palmer House, a Denver ministry to young women and girls such as Tabitha, rescues them. When we meet Rose Thoresen, the administrator and counselor of Palmer House in 1911, she is 63. Tabatha, who is the oldest of Rose's “girls,” is now thirty. She has nine weeks to go before her new nursing school term begins in Boulder and she wants some project to keep her busy. Rose convinces her to tell her story of her journey to faith in Christ, including the mistakes she made before her rescue and arrival at Palmer House. 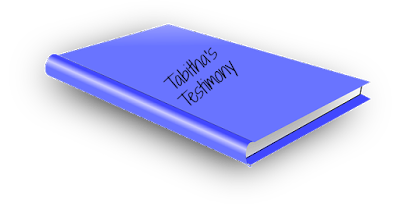 Rose said she would help by writing down notes as Tabitha told her story. It would then be edited and Tabatha could read it and suggest any changes before it was made into a small book to keep at Palmer House and for the use of other residents who had not yet entered a relationship with Christ. Much of what follows is part of her story. (Image above from Open ClipArt-Vectors on Pixabay, text added on PicMonkey)


We first see Tabitha in Arizona as she waits in the heat of the desert beside Cray's tent for him to come home for the dinner she has prepared. But he doesn't come. The claim he had paid for in this uninhabitable land had no gold left to find, so Cray had spent all he had in the nearest mining town of Fullman on supplies. They had only a two-week supply of food and water. They had found a patch of land near the only stream and camped there. When we meet Tabitha there, she has been there for two weeks. There are no other humans around. She is in the desert alone.


By this time Tabitha had been with Cray for a few months. He had kept saying he'd find the gold and then go back to Texas and buy land and cattle. Tabitha was the only one who continued to speak of marriage. They often quarreled. Cray was finding no gold, though he went to look for it every morning and returned sullen and distant. On the morning of the fifteenth day on the campsite, Cray seemed happier as he left. He packed his gear on the mule, along with extra water for her. He ate the breakfast Tabitha had prepared, and took the lunch she had packed for him. He even said goodbye to her, which he'd not bothered to do for a while. As he left, he'd told her “Goodbye, Tabitha. You wish me well now.'

Cray did not come home that night. The next morning Tabitha walked to his dig to find his tools and the mule gone. She knew then he would not come back. He had left her alone in the desert. She crouched in her tent for the rest of the day, alternately sobbing and ranting in anger over his desertion. She tried to figure out how to survive. She knew her only hope was to walk back to Fullman, a day's journey. It was not a reputable town. Tabitha thought that maybe she would find Cray there and he would take her back.

Instead, when she thought she had been rescued by another woman, she learned that Cray had sold her into prostitution as payment for new supplies. She also learned that escape only brought beatings and threats of worse punishments. She died inside and at one point was tempted to take her own life.

Rescued by the Grace of God


Although Tabitha had not yet met the Lord, she heard a street preacher while she was being transferred from one brothel to another. She did not know the meaning of what she heard, but the preacher had looked right at her and said that Jesus could save even her. She held onto those words and cried out to this Jesus she did not know for help. One night that help came, and she arrived at Palmer House. While there, as Rose and the other staff loved her and taught her, she finally trusted herself to Jesus and decided to spend the rest of her life following him.


I don't want to reveal more of the plot here because I don't want to spoil it. Much of the action occurs during World War I. We watch as Tabitha faces enemies during her nursing school education, and as she decides what to do about a very persistent suitor – a rich man who is a benefactor of Palmer House, the nursing school, and an orphanage. Even knowing her background doesn't discourage him. Later they both go overseas separately to serve in the war in different locations.

How Reading Tabitha Affected Me


The book's theme – how the grace of God can overcome evil – was well executed. I found myself thanking God again for the blessing of a normal childhood with parents who loved me and the opportunity to learn about Jesus while still young.

I was outraged to see how young women, still in their early teens, were enslaved as prostitutes with no hope of escape. I'm even more outraged that this still happens today, outside of novels, in our large cities, as pimps befriend runaways and then bully and enslave them. I just read today that in a county where we once lived and still own property detectives just broke up a ring of suspected human traffickers. In this case the victims were Chinese and here on visas.

Daniel Walker, who worked undercover for many nonprofit organizations to rescue today's enslaved prostitutes, has written God in a Brothel to describe his experiences freeing women and children from the sex trade in the United States. You can read it for a nonfiction perspective on how Christians still rescue those who cannot help themselves.

I often found myself in tears as I watched Tabitha's struggle with the consequences of her wrong choice so early in life and as I later watched her grieve the loss of the one she loved.


Although some may find the style sentimental and Tabitha almost too good to be true in her later life, she does model servant leadership. She is serious about making up for the lost years with her obedience in her later life as a Christian. Toward the end of the book she faces the ultimate test of her faith, but I won't be a spoiler.

The biggest weakness I saw in the book was that many characters seemed unrealistically good or evil. Yet I know that very godly and very wicked people do exist. Tabitha was the most well-developed character, and I found myself wanting her to be successful and eventually marry Carpenter. We don't see enough of Mason Carpenter, her benefactor and love interest, to get to know him very well, since most of the time the two are away from each other. We do see that he's the perfect gentleman, always helping everyone and doing good. I couldn't help but like him, but it was  hard to believe he was so perfect.

The author was very good at tying all the loose ends of the plot together in a satisfying way. I was able to predict some plot elements I was sure would be there, and I was happy that the author agreed with me.

This historical Christian romance reminds Christians of how God reaches out to all of us.  Those who may be searching for meaning in life, who have no hope left because of their past mistakes, may find hope as they read this book. Tabitha illustrates the power of God to cause a person be reborn to a new and living hope.


Tabitha (Girls from the Mountain Book 1) A Prairie Heritage (7 Book Series) God in a Brothel: An Undercover Journey into Sex Trafficking and Rescue
&