Book Review of The Only Witness by Pamela Beason


An infant is abducted in broad daylight. The only witness is a gorilla. Can you imagine how a detective would feel when about to ask a judge for a warrant on the basis of the testimony of a gorilla? Of course, he wouldn't tell the judge anymore than he'd first been told himself -- that the the only witness was a twelve-year-old with the IQ of a five-year-old. As expected, the judge had the same reaction he himself had had -- he wanted to  meet the witness. That's why Detective Matthew Finn had brought the video tape to show the judge if necessary.


Seventeen-year-old single unwed mother Brittany Morgan stops at a convenience store because because she's out of diapers. Her two-month old baby, Ivy Rose, is asleep in her car seat. She doesn't want to wake Ivy, so she carefully locks her car after opening the windows just far enough for the air to flow, but not far enough to reach in. She whispers through the passenger window to Ivy, 'Mama will be right back, Ivy Rose.'

Brittany  notices a tall gray van parked next to her on the right, the kind with mirrored windows that prevent people from looking in. The words "Talking Hands Ranch" were painted on the side. Then she went into the store and bought a few groceries. When she got back to the car, the doors were still locked, but the baby was gone. So was the gray van, but Brittany didn't remember the van at that moment because she was still in shock. She thought some boys standing around smoking might have taken the baby as a joke but they denied it and hadn't seen anyone else with a baby. A woman called  911. Soon Detective Finn was on the scene with  his crew gathering evidence. Brittany was frantic.


Grace, a research professor at he University of Washington, returned to her van and to Neema, one of the gorillas in her project to whom she was teaching sign language. Unbeknownst to Grace, Neema had seen the kidnapping of the baby. She had signed to herself what was happening as it happened.

When Grace had returned, Neema signs "baby" to her, and then "car." Grace has no idea what Neema is talking about. In intervals Neema signs "Snake make baby cry." Grace thought Neema was calling her a snake, a word Neema hated. Neema continued to sign: "Baby cry, bad blue snake". But then Neema remembered she wanted a banana and the conversation took a different turn.

Later, Grace found out about the abduction, but still did not make the connection. It took her days and repeated signs from Neema before she made an anonymous call to the police. She remembered she had been at the Food Mart about that time.


Before Grace finally called Finn was not getting far in the investigation.  He'd learned that Brittany had been in a program for unwed mothers at her high school, the Sister Mothers Trust program. They had a support website for the girls in the class called YoMama where the girls could communicate. Brittany's computer had been taken in to custody, since she was the first one the police suspected, along with the baby's father Charlie, who was the son of the County Executive. The police certainly did not want to get Travis Wakefield's name into the news over this.

So far, the police had not learned much that helped. It was only after Grace called with the anonymous tip that Finn began to make progress. Brittany, had, meanwhile, remembered seeing the van and  described it to the police. By tracing Grace's call from a pay phone and tracking down the van, he was finally able to find  Grace's compound and discover that his only witness was Neema. In the phone call Grace had only said her ward told her that a man with a snake bracelet took the baby to a green car. Grace had said her ward was twelve and had the mentality of a five-year-old. Finn still thought Grace was passing on the words of a mentally retarded child witness. Finn had been  crushed when Grace said he could not contact Neema and then hung up. 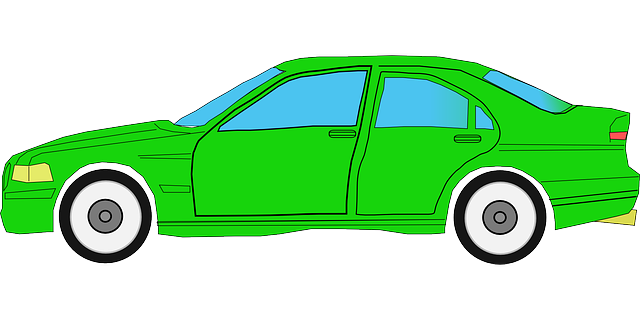 
Finn finally tracks down Grace's location just after she has received a letter from the University of Washington that the project is closing and the gorillas will be sold at auction. When Finn unexpectedly appears, Grace is crying. He still has no idea Neema is a gorilla. When Grace finally allows him to meet her, he still believes he is meeting a child. He has even brought a flower to try to win her over. When he first lays eyes on Neema,  you can just imagine what went through his mind.

You'll have to read the book to see that rather humorous scene. It is the first of many interviews Grace tapes. Neema's testimony,  though not presented formally in court, does help solve the case and the cases of two other missing children of mothers who were in the Sister Mothers Trust classes. I'm not going to spoil the book for you by telling you any more. I'm anxious to read the sequel. The best deal is the Kindle box set for the two books.

Could this Really Happen?


It is plausible.  I think the author may have been influenced by the work of Dr. Francine Penny Patterson at the Gorilla Foundation. She is best known as the mentor of the famous Koko the gorilla, to whom she has been teaching American Sign Language, as part of her gorilla research. The project began in 1972 at the San Francisco Zoo. Since then it has progressed and moved to larger spaces, and finally to a large compound in Hawaii, but it appears the foundation is losing its lease and will have to raise enough money to buy the land if they are to stay there.  Koko will turn  45 on July 4, 2016.

Here is some insight into the relationship between Koko and Dr. Patterson. One can easily see how Pamela Beason might see Dr. Patterson and Koko as models for Grace and Neema in The Only Witness.

In this video, you will meet Koko.


In this video you  will watch a conversation between Koko and Dr. Patterson.

What do you think? Would you consider a signing gorilla like Neema a capable of being a credible witness?

For more information about  Koko, try one of these. You will see more options when you click through, both in books and DVD's. Koko A Talking Gorilla is a DVD.