Guardians of the Galaxy 2 Movie Review 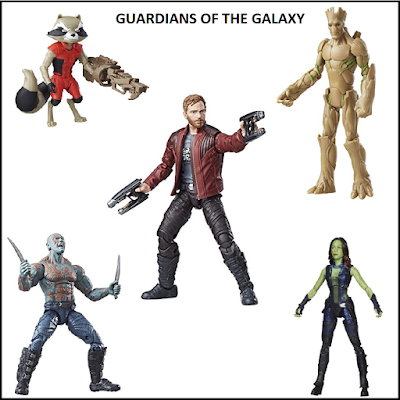 I highly recommend watching the movies back to back.


The Plot of Guardians of the Galaxy

The movie starts with Peter Quill as a child listening to 80's music while sitting in a waiting room at the hospital.  His mother is dying from a brain tumor and his whole world is about to be turned upside down.  When his mother dies, he runs from the hospital devastated by the reality of what just happened.  It is at that very moment that he is abducted by Yondu and his team of ravagers (thieves) from another planet.  We do find out later that they were hired by his father to retrieve him from earth when his mother dies.

We are quickly fast-forwarded 26 years to Peter as an adult and we discover that he has been raised by Yondu as a ravager.  Peter seems happy enough, but it is a time of unrest in the galaxy.  A peace treaty has been signed between the Kree and Xandar, but not everyone is willing to adhere to that treaty.  Ronan is a powerful Kree who wants more than revenge, he wants complete annihilation of all Xandarians.

Yondu's group of pirates have been  commissioned to "acquire" a precious orb.  However, Peter decides to go alone to steal the orb.   Once he has the orb in his possession, he does have to battle Ronan's warriors to keep it.   When Peter goes to the Broker to sell the orb and tells him about his battle with Ronan's army, the Broker no longer wants anything to do with the orb and forces him to leave his shop.

Peter meets Gamora, who has been sent by Ronan to retrieve the orb.  A tussle for the orb leaves both Gamora and Peter vulnerable to bounty hunters who want to capture Peter for the reward offered by Yondu for the betrayer, Peter.  And, this is how we meet Rocket (the raccoon to earthlings) and Groot (a live tree).

They are all arrested by Nova Corps officers and sent to Kyln (prison).  Because of her association with Ronan, the prison is full of inmates who want to kill Gamora.  One of those inmates is Drax.

Now, we have been introduced to the characters who become the Guardians of the Galaxy:  Peter Quill, Rocket, Groot, Gamora & Drax.  They form an alliance to break out of Kyln, but that alliance becomes a "family" who battle Ronan for possession of the orb and it's contents, an infinity stone.  Possession of that infinity stone ensures the salvation of the entire planet of Xander.

The Plot of Guardians of the Galaxy 2 - Currently in Theaters

Posters USA -
Marvel Guardians of the Galaxy Vol. 2 II Movie Poster GLOSSY FINISH Guardians of the Galaxy 2 picks up where 1 leaves off.  The Guardians are now an official team of Marvel defenders.   They have been hired to protect valuable batteries from an attacking monster.   Their payment for that job is given in trade form.  They are paid with Gamora's sister, Nebula.

Rocket can't seem to resist the temptation to steal a few of the batteries and the Guardians are pursued by the Sovereign.  They are forced to crash land after they are saved by a mysterious ship.   When the unidentifiable ship lands, Peter Quill finds himself face to face with his father, a man he has never met before.  Ego (Kurt Russell) invites Peter to his planet.  Peter, Gamora & Drax leave Rocket to repair their ship and go with Ego to his planet.

A lot of secrets are revealed on Ego's planet and Peter has some difficult realities and choices to make.

Both of these action packed movies are filled with witty dialog, lovable characters and scenes of strong emotions.  Guardians of the Galaxy 2 forces the Guardians to come to terms with a lot of their own personal relationships and the "people" who they really love.

One additional point of interest about Guardians of the Galaxy 2 is the introduction of Sylvester Stallone as Starhawk, the overall commander of the Ravagers.


Great Actors in the Guardians of the Galaxy Movies

The Guardians of the Galaxy

Guardian of the Galaxy 2 Movie Review Written by: