Review of Selected Books Dealing with Murder, True and Fictional

I have been an avid reader of murder mysteries for many years. In 2013, I started to read true crime books because I thought maybe it would be better to see what really happened rather than reading what only occurred in an author’s imagination. Either way one gets to follow a detective's thinking, but the novelist can make the book turn out any way he or she wants. The detectives can’t do that with the real cases they try to solve. 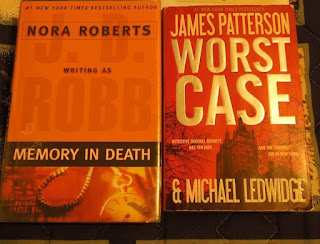 My exposure to true crime began with several true crime stories by Ann Rule, including “A Rose for Her Grave,” “Campbell’s Revenge,” and “The Hit Person: Equal Opportunity Murder.“ Fictional murder mysteries I've enjoyed include many James Patterson novels and several J.D. Robb (Nora Roberts) books from the “In Death” series. One of the most recent crime thrillers I've read is Eyes Wide Open by Andrew Gross. (Keep reading for more on this book)

So what’s scariest? For me it’s realizing how wicked people are, without anyone needing to embellish the facts. Men do really kill do woo and then kill wives who live trustingly with them just for the insurance money. (Randy Roth, Washington State.) Rape victims are brutally slaughtered, along with children and neighbors who happen to be present, by their paroled rapists. (Charles Campbell, Seattle area.)

These are things we pass quickly over in the news. The killers whose crimes I am most familiar with from the news are the California Zodiac Killer who was never caught, Richard Ramirez, (the Night Stalker) and Charles Manson and his “family.” I followed those cases in the papers and heaved a sigh of relief when Ramirez and Manson were finally behind bars. 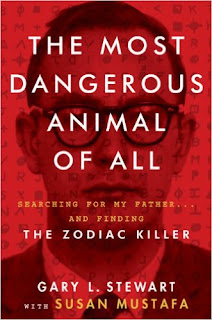 Gary L. Stewart claims that he discovered the identity of the Zodiac killer when he tried to find out who his father was. He believes his father, Earl Van Best, Jr. committed the Zodiac murders. His book explaining what led him to this conclusion, The Most Dangerous Animal of All, was published in 2014.  A related book, The End of the Zodiac Mystery: HowForensic Science Helped Solve One of the Most Infamous Serial KillerCases of the Century, was published at about the same time. I hope to read one of both of them soon. I once thought I had a clue, myself, thinking it might be someone I had known in college, but, fortunately, I was wrong.

I pay attention to parole hearings. A Manson Family member is currently up for parole, and that gives me the shivers because I just read Eyes Wide Open by Andrew Gross. I'm sure it's a novel based on the Sharon Tate and other murders committed by the Manson Family, changing the names and moving the setting of the murders to Santa Barbara. (The author, Andrew Gross, even states in an interview that he once met Manson in his father's home before he became a murderous cult leader and that part of the idea for this book came from that incident. ) 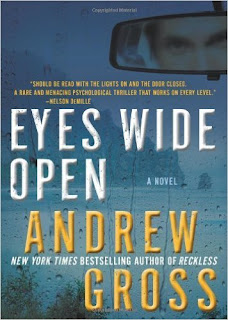 In Eyes Wide Open, Charlie, is told his son Evan has commit suicide. His brother Jay, a successful surgeon in New York, comes to visit him in California to try and help him through his grief. Both suspect foul play rather than suicide, even though Evan was bipolar. Jay decides to see if he can find out the truth about whether Evan had jumped from high on Morro Rock into the Bay, as the police believe, or whether he had been pushed.

Charlie has always been unsuccessful and disturbed. He and his wife have lived dependent on the state for support for years. As the book unfolds, Jay learns Charlie had decades ago lived as “Chase' on the Riordon Ranch with Russell Houvanian (The Charlie Manson figure) and his followers, and had helped the police investigators find the evidence they needed to convict Russell and the others.

Charlie and another woman at the ranch who were not in the inner circle and not participated in the murders both cooperated with police. At the very beginning of Eyes Wide Open, readers witness the brutal murder of Sherry, that other woman, who had put that past long behind her to move on to live a productive and normal life. The reader doesn't understand that murder until the book is over half over. As we get into the book, we discover that one of Houvanian's accomplices, Maggs, had been released from prison after serving a thirty-year sentence. Dead bodies continue to pile up until the climax of the book is reached. I highly recommend this book to those who love thrillers, but I won't spoil it for you by telling you more. Even with what I've said, you won't be able to put the book down until you finish it. You can get Eyes Wide Open as an audio CD, but I suggest you keep the lights on while listening.

Back to true crime. Like many living in Southern California in the 1980's, I was nervous about leaving my windows open in the summer until Richard Ramirez, aka the Night Stalker, was apprehended and locked up. He used to kill his victims by entering houses through unlocked doors and windows. I wouldn't have what it takes emotinally to read the account of his evil deeds and twisted mind, but a highly reviewed and well researched book on Richard Ramirez by Philip Carlo is available. I also lived in the Seattle area for a time when the Green River Killer, later found to be Gary Ridgway, was still on the loose. Several true crime books about the Green River Killer are also available.

The true crime books lay all the events and facts and trials out factually. Those happenings as they played out in people’s real lives seem more terrifying than any made-up crime that never happened. We all know these crimes happen and to stay sane we have to not actively think about having them happen to us, even though we know anyone can be a victim.

Naturally, we all need to take reasonable precautions not to be a target of violent crimes, but we also know that a good percentage of victims have taken those precautions to no avail. I deal with these facts by realizing that God will not let anything happen outside his control and that He will give the grace to deal with any situation when it’s needed. We need to live our lives wisely and leave the rest to God.

To get back to the books, I think the main difference between true crime and detective novels is that the novels allow one to escape reality for a bit, whereas the true crime books bring you face to face with reality. Bad things do happen to good people because sin is in the world and God has allowed men to choose to do evil rather than good. People make that choice to do evil every day. All of us do evil occasionally, but most of us just make less violent choices than the criminals do. Our weapons of choice are often just words that hurt or thoughts that aren’t fair to someone.

Some evil exists in every human heart. Sometimes it just takes the right situation for us to be able to see it in ourselves, or worse yet, to turn evil thoughts to evil actions. All evil actions began as wicked thoughts. Most of us deal with them before they become actions that will hurt someone else. Some of us take those things to God when we examine our hearts and find them, and we ask him to deal with our sin in those areas of our lives. We know he will forgive us for our sins against him and others. We trust him to cure our problem at the heart level.

Some people, though, the ones that become violent criminals, either have no sense of right and wrong or their emotions or peer pressure overrule conscience. Others give up control of their minds and bodies to substances that alter their thinking and judgment, leaving their natural impulses in charge of their actions. People such as these are loose on our streets. We see them in the news every day. We want to avoid having our names in the news with them, so we are as careful to avoid them as we know how to be. 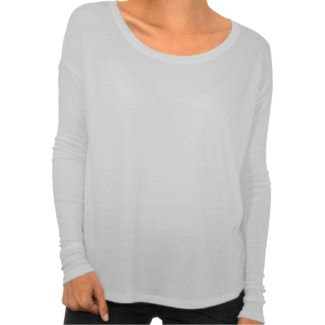 True crime books help us to know the kinds of things that can happen and the minds of the criminals. The novelists offer us some escape from that reality by giving us a situation that is controlled and where justice is usually done for the victims. Which do you prefer to read?


This It's No Mystery Baby Doll Fitted T-Shirt is available in many other styles for men, women, and even children.