One day at the library I was looking for enough books to get me through an unpleasant medical procedure.  A man who was browsing the new books next to me recommended I check out the first three Samantha Kincaid Legal Thrillers.  I'm glad I did. I had not read anything by Alafair Burke before, but I'd like to read more of her work. 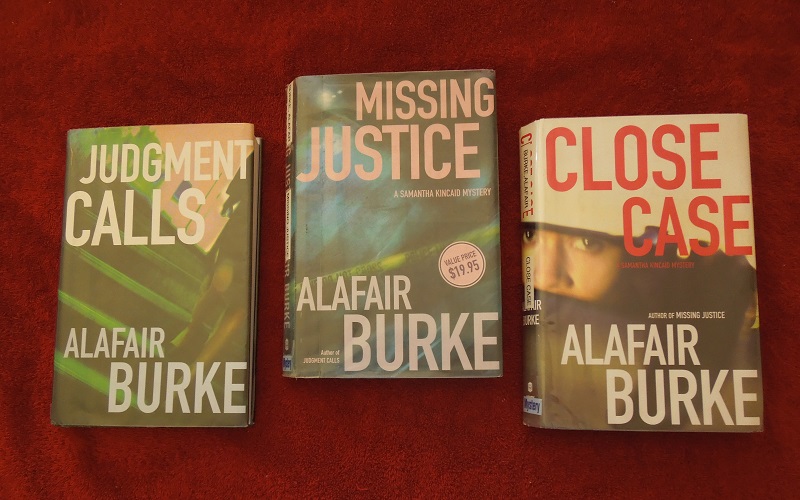 Samantha (Sam) Kincaid is a Multnomah County deputy district attorney (DDA) in Portland, Oregon. Sam had been an Assisant U. S. Attorney in New York before her then husband Roger had gotten a job as in-house counsel with Nike in Portland, so she had moved with him. After they had moved, she discovered he was playing around and she divorced him. Her first DDA assignment was in the Drug and Vice Division (DVD).

In Book 1,  Judgment Calls, Sam's first case involved an almost dead thirteen-year-old prostitute, Kendra Martin, who had been dumped into the Columbia Gorge after being raped, beaten and left for dead. The case had been assigned first to the Major Crimes Team (MCT) when it had appeared Kendra was dead. When she wasn't, Tim O'Donnell, a senior DA in the major crimes unit, didn't want to prosecute the case as an attempted murder. Instead he wanted to kick the case down to the general felony unit, for crimes not considered serious, where everyone knew there wasn't enough motivated manpower to prosecute the case thoroughly. Prosecutors for general felonies tried to get rid of their cases quickly by pleading them out for reduced sentences.

As Judgment Calls opens, Sergeant Tommy Garcia, who was in charge of the department's vice unit, is explaining the circumstances of the case to Sam. Garcia wants Sam to take the case as part of DVD because drugs and prostitution are involved and he knows Sam will put the energy needed into the prosecution. Tommy and the MCT believe the case is serious and they want  to catch the bad guys and prosecute them to the full extent of the law. Garcia arranges for Sam to meet with two MCT detectives in the cafeeria, Jack Walker and Raymond Johnson, about the case. It turns out that Sam's old on-again, off-again boyfriend, Chuck Forbes, is also in the MCT. His partner is Mike Calabrese.

By the time the meeting in the cafeteria was over, the way was paved to keep MCT working on the case with Sam in charge of the prosecution. Her relationship with Chuck is a subplot. So is Sam's relationship with her father and her best friend, Grace. These characters appear in all the books.

The other character that appears in every book is Lisa Lopez, an attorney often called in to defend indigent defendants. She is a naive “true believer” who is sure all her clients are innocent, whether they are or not. Naturally, she is called in to defend Frank Derringer, one of the two men Kendra said kidnapped, raped, and beat her. She had identified him from a picture, but she did not know who the second man was. Lisa is Sam's nemesis in all the books I've read so far.

I won't say any more about the details or outcome of this case. I will say there is lots of action and the reader will see a detailed account of how both the police and the prosecutors do their work and what a political atmosphere they work in. The author does a great job in developing the main characters and showing how difficult it is to convict a suspect when most evidence is circumstantial. The plots are complicated enough to keep one interested without confusing readers.

By the second book in the series, Missing Justice, Sam has been promoted to the Major Crimes Unit after her performance in the previous book. This time she needs to prosecute the killer of a missing administrative judge who later turns up dead. Burke does an even better job with the plot and characters in this book than in the last one. My experience so far with Burke's books is that they are not simple cases of finding one culprit. They are more like complex webs that need to be unraveled, where characters rarely turn out to be as they appear to be, the crimes are committed by more than one person, and the victims may not be innocent themselves . The fun for the reader is in trying to identify those who ought to be suspects, following the threads of the investigations, and  trying to piece together what is found in the investigation before Sam does. There's also enough suspense to keep the reader holding her breath until the end.

The last of the three books in the batch I read this week is Close Case, in which a black news reporter, Percy Crenshaw, is murdered in his car. A black woman has also been shot through her windshield by a white police officer who claims it was self-defense, even though the woman was unarmed. Later, there is a drive-by shooting that kills one black woman and badly injures another who is a well-known black activist. A major help in putting the pieces together to solve the crime was a wannabe reporter –a news staffer who had helped the police who were searching Percy's office after his death. This was my personal favorite of the books.

I would recommend these novels to all who enjoy thrillers, and who can live with colorful language and main characters who have affairs or shack up. These books do not assume that all police and prosecutors are good guys. You will see a very seamy side of life, but that comes with the territory in detective novels and legal thrillers.

The author, Alafair Burke, is a former DDA in Portland who now teaches law and appears on television as a legal commentator. We can assume she has first-hand knowledge of her subject. I'm hoping to pick up another of her books soon. I was sorry to see the last one end. For more of my reviews of mysteries and thrillers, see Bookworm Buffet, my book review blog. 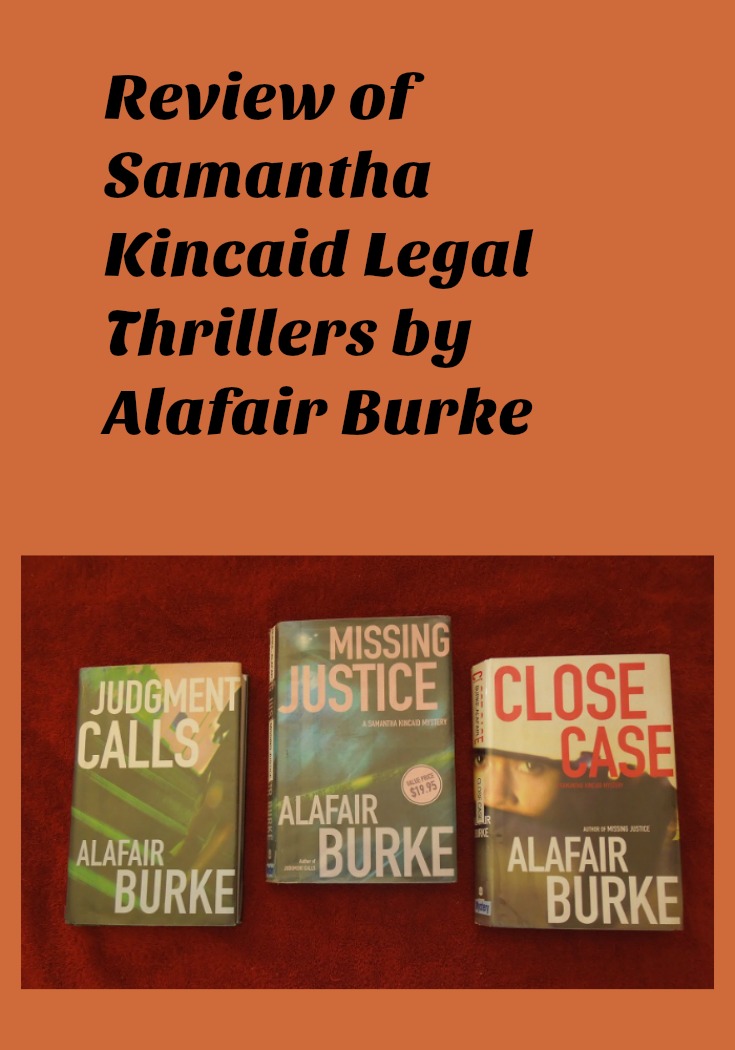