The One Man Book Review 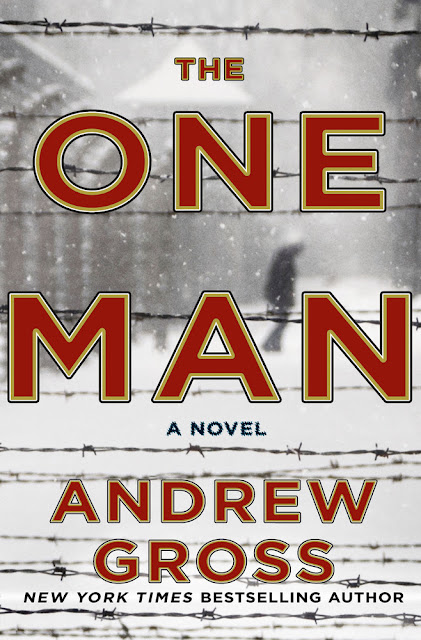 Set in Poland in 1944, Andrew Gross’ The One Man tells the story of a man and his family rounded up and sent to a Nazi concentration camp after a failed escape attempt. Alfred Mendl carries with him his important research but that work is promptly burned on his arrival at the camp.

You have likely guessed that Mendl is not just another prisoner. It turns out that his knowledge in the realm of physics is information that only two people in the world know. The other man with this knowledge currently works for the Nazis and the Americans are desperate to gain Mendl’s knowledge so that they can win this war.

Meanwhile, in the United States, Nathan Blum works steadily away at decoding messages from occupied Poland. Previously, he had escaped the Krakow ghetto. Because his entire family was executed after his departure from home, Blum wants to reap revenge for his family and eventually agrees to go back to Poland to break INTO the concentration camp with the end goal of helping Mendl escape and bring back his physics research. Of course, breaking into a concentration camp is unheard of but getting out is really the difficult part.

This book is part historical fiction and part thriller and it is definitely a page turner. It is emotional and it will take you on a horrifying journey. I don’t think it is a spoiler if I say that I finished reading this book with tears running down my face, which is pretty unusual for me. Yes, The One Man comes HIGHLY RECOMMENDED by me for anyone who enjoys World War II fiction and a gripping story.

Author Steve Berry says, “Haunting and thrilling…A masterful blend of family and duty laced with heroism and characters that are intriguing and richly drawn...You must read it!"  You can read more about The One Man on Amazon here.

Do you enjoy historical fiction? Will you be checking out The One Man?