Wish You Were Here-Book Review 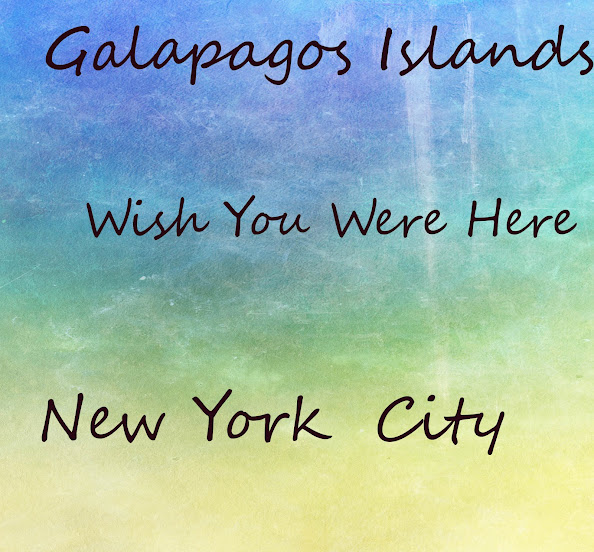 Jodi Picoult's books are known for being thought provoking about current and past events and this book does not disappoint.  I was hooked from the very beginning when the novel starts in a March 2020 time frame.

In this book Jodi Picoult says she is exploring "the resilience of the human spirit in a moment of crisis".

In the first pages we are introduced to Diana O'Toole and her boyfriend Dr. Finn Colson.  They are a young couple very much in love and planning on taking the trip of their dreams to the Galapagos Islands.  They are all packed and set to take their trip when Finn comes home and announces that he cannot get away to take the trip.  He is a surgical resident in New York City, and it is the onset of the Covid-19 pandemic.  Finn convinces Diana that she should take the trip without him since they have already paid their nonrefundable down payments.  Dianna reluctantly agrees to go.

When Diana reaches the Galapagos, she takes the ferry over to the island where they are staying only to discover that due to the pandemic it is the last ferry to the island and the island is now shut down due to the pandemic.  When she arrives, there is no transportation available, so she decides to walk to their hotel only to discover that it has been shut down.  Diana is beginning to panic when a worker from the hotel is leaving and stops to talk to Diana.  She offers a place for Diana to stay in a cottage she owns.  She is very kind to Diana and offers her food and advice.

The next chapters find Diana exploring the island, meeting people along the way, and dealing with communication problems.  She tries to contact Finn, but communication is very limited, and she finally is able to get someone to let her into the hotel to use their server.

In the meantime, Finn, is working day and night at the hospital to deal with the spreading pandemic.  When he gets a moment to send Diana an email, he never knows if she is getting them.  In one email, he lets Diana know that her mother who is in a nursing home is gravely ill and the nursing home is quarantined by the pandemic.

There is so much more to the story, but I don't want to spoil it for you by telling you about all the twists and turns.  I will tell you it is a very compelling story made even more interesting by the fact that we are currently living in the pandemic.  I highly recommend this book.

More Books I Have Enjoyed by Jodi Picoult

I have read many of Jodi Picoult's books.  Here are some that I particularly enjoyed.

Leaving Time is a book that explores the relationships between humans and animals.  The elephants in this story were delightful and I would recommend this book.

My Sister's Keeper is the heart wrenching story of a young girl who was conceived in order to provide bone marrow for her dying sister.  It is considered by many as their favorite Picoult novel.

Enjoy your Reading!  Books are a wonderful escape from daily life.

Emma Donoghue's The Pull of the Stars Book Review 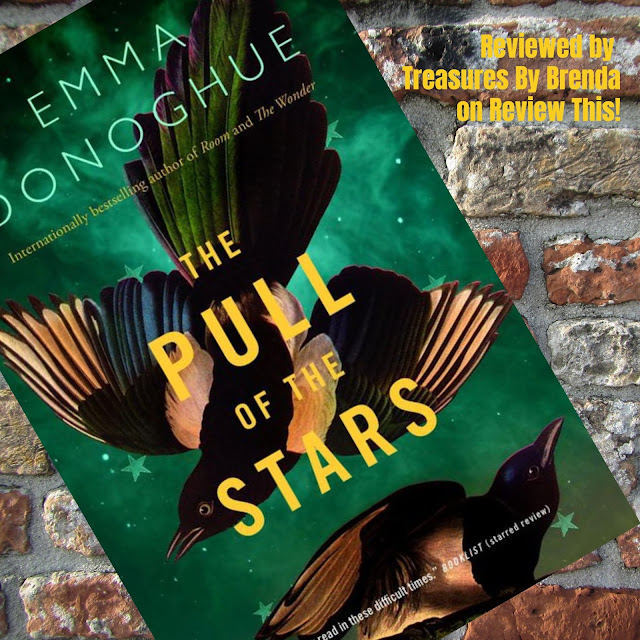 I will start by saying that I thoroughly enjoyed the book The Pull of the Stars by Irish Canadian author Emma Donoghue. My book club chose it and when I first picked it up to read, I had forgotten that it was about a pandemic. It is a story of the Great Flu or the 1918 Influenza, which we now call the Spanish Flu. As it turns out, it was good and it was doubly interesting because of the current pandemic.

Set in Ireland in 1918, it tells a fictional story based on the very real world of a midwife working in a Dublin hospital who is assigned to the maternity fever ward. Not much bigger than a closet, this ward is where they quarantine pregnant women who are stricken with influenza.

We meet a young midwife named Julia Powers who finds herself alone on her shift with the responsibility for all of the care of these sick, pregnant women.  She is at times aided by one of two women. Firstly, Doctor Kathleen Lynn, who is based on a real historical figure and who is wanted by the Dublin police because she was involved in the 1916 Irish Uprising. Secondly, she is assisted by a young volunteer from an orphanage named Bridie Sweeney who has absolutely no training or education but is quick on her feet and ready to do whatever is required of her.

Included within the story is a peek at the science of the time with regard to the flu and midwifery. It is a visit to the Dublin of the times where they were struggling with not just the flu but the devastation caused by World War I and the 1916 Uprising. Along the way, it also shares a look at some of the Irish societal injustices that existed at the time.

The book is eerily similar to the current world situation even though we have the advantage of modern day science. Amongst other similarities are the facts that some still managed to question the value of wearing masks and others recommended taking weird remedies.

The Pull of the Stars is a page turner, a non-stop story that happens mostly during one long shift in the hospital during which Powers, sometimes aided by Doctor Lynn and/or Bridie, go from crisis to crisis to crisis.

The timing of the writing of this book may have been a bit unfortunate though it was written before the current pandemic. After all, who wants to read a story based on a pandemic when they are living through one? However, the timing was not deliberate. Donoghue started writing the story in 2018 and the manuscript was sent to the publishers in March of 2020.

After possibly a brief moment of hesitation because of the subject matter, the book drew me in and it became interesting to see, as the author says, "the way it mirrors our current situation."  The Guardian says, it is "a beautifully modulated historical novel."  I agree.

Reading this book now is different than it might have been before, for sure. NPR says, "The fourth wall of fiction is broken here. The pandemic spreads out beyond the pages into whatever rooms we are quarantined in."

Do I recommend The Pull of the Stars? Yes, I do. I highly recommend it. It is a fast moving account of life in a maternity fever ward with parallels to the current world situation.  Anyone who enjoys historical fiction, has an interest in Ireland and/or midwifery will enjoy this book.

I think NPR gives another good reason to pick up this book when they say that that Donoghue has "given us our first pandemic caregiver novel - an engrossing and inadvertently topical story about health care workers inside small rooms fighting to preserve life."

I say, don't miss it. Order your copy from Amazon now by clicking right here.

See you
at the book store!
Brenda
Treasures By Brenda
More Ireland:
Can I Give Him My Eyes Book Review
Brooklyn Movie Review
Ma, He Sold Me for a Few Cigarettes
Hunger Movie Review
Secret Child Book Review
Murder in an Irish Village Book Review
Wacky Woolies Coffee Mugs