The Tea Girl of Hummingbird Lane - A Review

If you have been reading our reviews, you know that January is Tea Month!  It is also part of the Chinese New Year celebrations that will be happening all around the world on the 25th of  January. 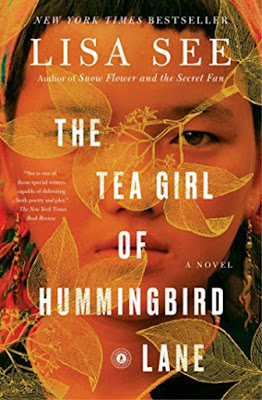 It's also time to share a new book that I truly enjoyed.  The Tea Girl of Hummingbird Lane caught my eye on two counts.  One, I love birds, so was interested in the address and the second was the ambiguity of the title.  Who goes around being known as the "Tea Girl" and why?


Lisa See, the author has extensive knowledge of what is happening in the areas where China has taken over the lands that once belonged to some really isolated tribes.  Such are the Akha, that  lived in the high mountainous regions of Laos, Myannmar, Thailand and Yunnan province in China. 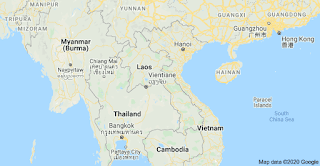 As with many indigenous tribes, they are unaware of the political struggles or the ramifications of being overtaken by another government.   They farm and cultivate their land for their own use. Daily life is difficult enough without worrying about politics.  Rice, tea and poppies are their main crops.  Opium, derived from their crops is sold to the outside world for medicines.  They themselves have used opium for medicines for centuries.  Tea is the other common denominator.  They grow tea and cultivate the leaves of trees that are hundreds of years old.  This tea is sought after by tea aficionados from around the world.

They are a land of people who have stayed together and lived according to the laws and customs of their "tribe".  They have their own language, yet they are encouraged to learn Mandarin and leave their language behind. Education is minimal unless they show a talent for learning.  Then maybe they have a chance at a better life.  The question is, "Who's ideas of a better life will they follow?"

Each child can confirm their lineage for 7 generations.  This is one of the most important things they know for sure.  Girls and boys can recite their lineage and will do so when they find a mate.  The elders of the community will give their permission to marry, based on that lineage!  There will be no marriages allowed that are too close in family ties. 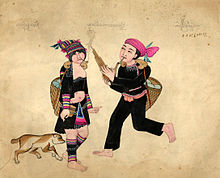 This story and it's people grabbed my attention and held it right to the very end.  I was fascinated by their customs and horrified by some of their practices too.  What really caught my interest though was how the people, because of their beliefs did things that we would consider so unacceptable.  The Akha, like many of the Asian peoples, have a profound wish that their first child be male. Because of China's one child law,  many girls are given up for adoption.

Over the years, these girls have been adopted into American, Canadian and European households.  The Tea Girl of Hummingbird Lane finds herself caught up in a cultural tug of war.  Her adopted parents are caught up in it as well.  She does not look like them, She will never look like them!  Yet, her parents love her as if she were born to them like any other child.

Her adoptive parents go through all the trials and tribulations involved when you have a child that is "different".  As many parents are aware, whenever something is NOT just so,  many questions are asked and need answers.  Yes, their child is adopted.  No, they don't know anything about why she was given up for adoption.  No, they are her parents and they love her unconditionally.  Yes, she asks questions all the time.  No we don't have the answers to all her questions.

What makes this story interesting is that bond between the birth mother and the daughter that she no longer knows.  I don't want to give anything away from this story, I want you to go and pick up the book and read it for yourself.

I learned so much about the Akha people and I also learned a lot about myself.  It was easy to put myself into the characters of this book.  What would I do?  How would I react?  How would I feel about being given away?  Where do my loyalties lie?  These are all questions you will find yourself asking as you are reading this book.

There are no right or wrong answers.  For the Tea Girl of Hummingbird Lane, there are lots of different answers and many roads that could be taken.  See how she deals with the way,  and the road,  her life has taken.  I promise, you will learn something about yourself in the pages of this book.