An Officer and a Gentleman - Movie Review 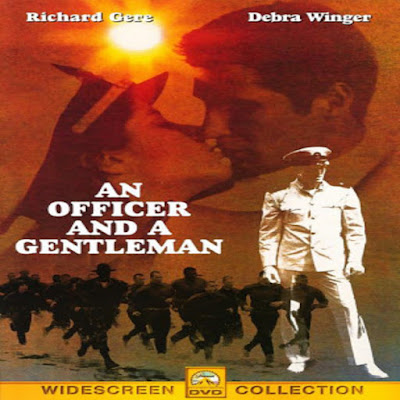 An Officer and a Gentleman hit the big screen in July of 1982, a time when some of you weren’t even born. Just to let you know how long ago that was, the price of a gallon of gas was $1.31, and the average cost of a movie ticket was $3.00.

This movie grossed almost $130 million and came in third in the box office. E.T.-The Extra-Terrestrial was number one and Tootsie was number two. If you are too young to remember those 2 movies, go and get them they were both excellent movies. An Officer and a Gentleman is the movie that made me a Richard Gere fan.

An Officer and a Gentlemen Movie Plot:

The movie stars, naturally, Richard Gere as Zack Mayo who joins the Navy’s Aviation Officer Candidate School to turn his life around after a troubled childhood. Zack’s sole purpose is to become a Navy Pilot.

Louis Gossett Jr. plays drill instructor, Emil Foley. As the movie goes on you will see that Foley is your typical tough drill instructor. Foley rides all of the candidates hard, and especially Zack throughout the movie.

Debra Winger, as Paula, a girl who works in a local factory, meets Zack at a Navy dance, where they strike up a relationship. One of my favorite parts of the movie is where Foley tries to break Zack. After he finds out that Zack has a little side business on the base and doesn’t approve, and believes Zack is not worthy of becoming an officer. Zack prevails with his sheer determination not to fail, and will not give up.

Notice that I said one of my favorite parts of the movie. The best part of the movie is the end, this is where the music starts to play, and as you watch your heart starts to pound, your breathing becomes a little heavier as you get all choked up inside.

I’m going to stop here because if you haven’t seen this movie I don’t want to spoil it. If you have seen it then you know what I’m talking about. I call it that Richard Gere Moment. This moment has been repeated in many of his movies after Officer and a Gentlemen.

You buy the DVD or find this entertaining movie streaming here: