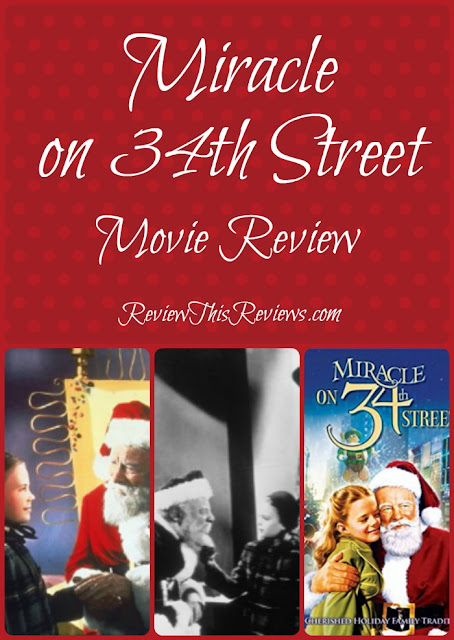 
I've never doubted that Santa Claus is real, possibly because many years ago when I was little I watched the movie Miracle on 34th Street. In the movie, proof is offered - and upheld in a court of law - that indeed, Kris Kringle does exist and he is Santa Claus!

Oh, I get excited writing those words and just thinking of the movie that I watch at least once a year between Thanksgiving and Christmas. I love this movie and absolutely adore the characters. And of course the outcome, while maybe somewhat predictable, is exactly the way I would have written it.


In case you're not familiar with the story, Miracle on 34th Street stars a very young Natalie Wood as Susan, a little girl who believes that Santa Claus isn't real because her very well-meaning but pragmatic mother told her so. The movie opens as Susan's mother (played by Maureen O'Hara), who works at Macy's, due to an unfortunate set of circumstances must enlist the help of a very Santa-looking gentleman to portray Santa Claus on the store's float in the Macy's Thanksgiving Day parade. This last-minute Santa, who goes by the name of Kris Kringle, does such a perfect job and goes over so well with the crowd that Macy's hires him to work as Santa during the Christmas shopping season.

As more circumstances unfold (I don't want to reveal too much information) Kris Kringle's true identity is questioned. Susan's new friends, Kris and an attorney neighbor (John Payne), give the little girl reason to question her mother's claim that there's no such thing as Santa Claus. In the end, the truth is played out in an unforgettable courtroom scene and Kris Kringle's true identity is confirmed.

While the movie credits claim that Edmund Gwenn plays Santa aka Kris in the movie, I have to believe that the real Santa Claus was certainly on the scene as coach and wardrobe consultant as no one could have done a better job in that role.

Black and White or Colorized Miracle on 34th Street? Old Version or New?


Personally, I prefer the original black and white version of the movie. Happily, the DVD package linked above includes one disc with B&W, another with color along with other special features.

I also absolutely recommend the original 1947 version with Natalie Wood and Edmund Gwenn. I've watched the 1994 version and was very disappointed in the changes, particularly omissions, made from the original. The original movie is upbeat and magical; the new one is totally uninspired and uninspiring.


The clip below is one of my favorite scenes in the movie, one that brings a tear to my eye every time I watch it. In it, Santa's interaction with a little Dutch girl causes Susan to start questioning her belief that Santa isn't real.


Is Santa Claus real? You know what I believe. How about you? If you're not sure, then you probably should watch the movie and review the legal facts for yourself. The link takes you to the DVD version as well as a rental option so you can stream and watch the movie right this minute!


P.S. This ornament features a Kris Kringle Quote from Miracle on 34th Street.
You might have heard it in the trailer above. 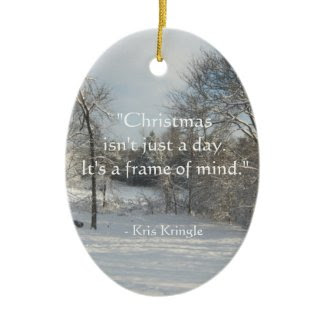