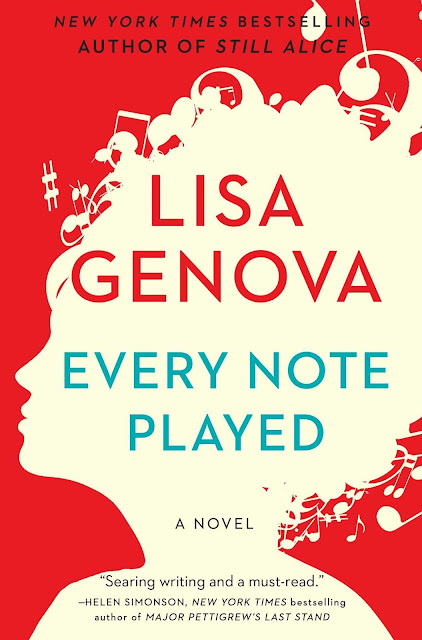 Every Note Played: A Novel by Lisa Genova

Stay with him as the disease progresses through his body and takes away not just his ability to play the piano. Watch as it quickly robs him of all of his body functions starting with the use of his arms and legs and going on to eventually claim his ability to talk, to eat and even to breathe.

I am sure that introduction will NOT make you want you to read Every Note Played by Lisa Genova but please do not let it put you off. As the cover says, this books contains “searing writing and it is a must read.”

Genova is a neuroscientist who writes books about people living with neurological diseases. She wrote Still Alice, which was about the life of a women with early-onset Alzheimer’s.

We have all heard of ALS, of the Ice Bucket Challenge and know that Stephen Hawking had it. However, many of us do not know much about the disease nor do we really understand what it is like to live with it. Every Note Played will change that fact.

Genova reads the medical books, interviews the experts and gets to know the patients so that we do not have to. Using that thorough research into all aspects of the disease, she brings us information about the disease in the form of a fictional story.

In Every Note Played, there are some truly exceptional and caring people but there is also one totally selfish individual. He just happens to be one of two main characters and the one who has ALS. Imagine being a caregiver for someone who never thought of anyone except himself before he became sick. Doesn't sound great, does it? It certainly makes an interesting story and, of course, not only nice people get ALS. Even unpleasant people need the support of family, friends and the health care system when they are stricken with any disease.

I do recommend this book though, of course, the subject matter is not pretty. It is honest and it is truly a look into living with ALS. It is a medical drama that you will want to end sooner than it does but it manages to be a page turner despite the subject matter. It is a horrible disease but this book, while educational in terms of the disease, is also a well-crafted story about family relations, love and forgiveness. My heart goes out to those stricken with ALS and my wonder, amazement and gratitude goes out to the people who act as caregivers. If you want to learn more, read Every Note Played, which you can find on Amazon right here.

Buy your copy of Every Note Played on Amazon. 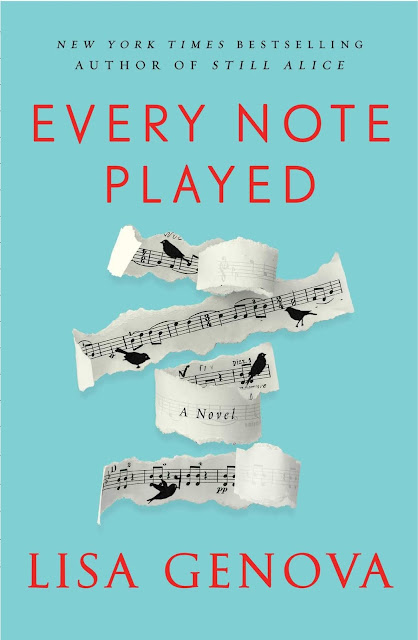