A really good book is one you cannot put down.  An excellent book is one you literally cannot stop reading! In my opinion, Killing Season by Faye Kellerman is such a book. 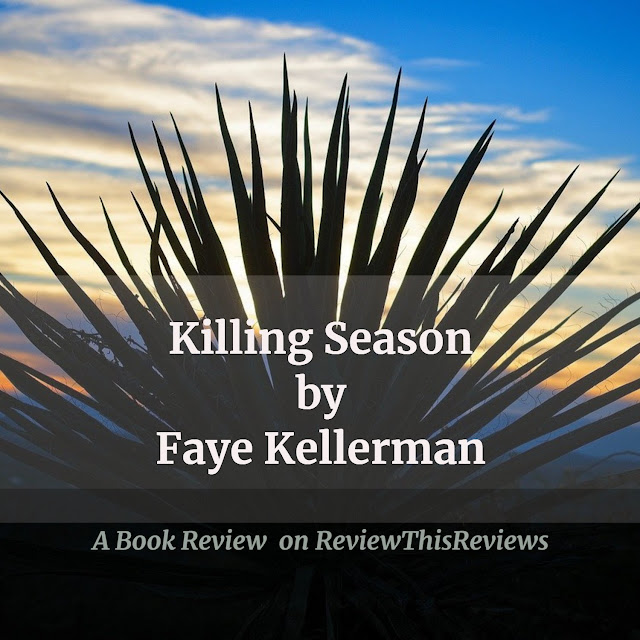 The setting is New Mexico – a small town close to Santa Fe.  Benjamin Vicksburg was barely 14 when his 16-year-old sister went missing. Her body wasn't found for a year. She had been kidnapped and strangled.

Ben, his parents and younger sister had all suffered the anguish of not knowing what happened. Later, the family also becomes friends with another local couple whose teenage daughter Katie went missing and she has never been found.

As the story begins, Ben, now seventeen, has committed himself to finding the monster who abducted and strangled Ellen. The police continue to investigate, but there is nothing new. But Ben, who is a math genius, sees patterns that don't fit and conducts his own investigation. As he gathers data, he discovers clues to other similar unsolved murders.

As Ben's senior high school year begins, he becomes friends with the new girl in school, Ro Majors. They bond over the fact that Ro lost a sister to cancer around the same time Ben lost Ellen.  Ro ends up helping him with his research, and together they discover 3 other unsolved cases of teenage girls whose murders were almost identical to Ben's sister. And then.... they go on a hike in an area Ben has figured out is a logical place to find where the killer might have buried Katie, and they find her grave.

The police are not happy that Ben is investigating on his own, even though the police detective who was lead investigator on Ellen's case likes Ben and is as anxious as the family to solve her case.

As Ben gets closer to discovering who the killer is, his obsession marks him as a threat. The police want him to stop investigating, but Ben is worried about Ro and about his little sister Haley and her best friend Lilly. The little girls are now going on 15 and Ro is 17, all in the age-range the killer targets.

Learning the truth may not be enough to keep Ben and those he loves from this relentless killer. 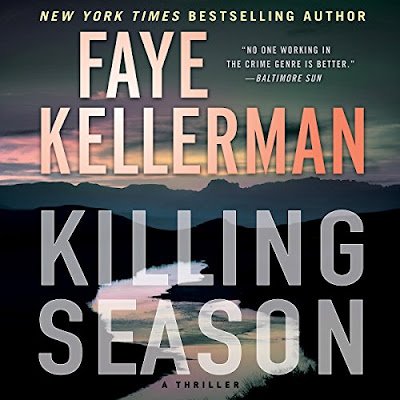 I have never been as absorbed in a book to the point of ignoring everything else until I finished as I was with this one. Killing Season is so well written and captures your attention from the beginning. I enjoyed it very much.

I have been reading books by Faye Kellerman since 1986 when she began the 26 books in her Peter Decker and Rina Lazarus series. I've always enjoyed those books, and now am enjoying her stand-alone thrillers. Killing Season is the first one I have read that wasn't in the series I have been following and, as much as I liked the series, I like this one even more. Kellerman has done an outstanding job capturing this mystery fan's attention.

Note: Faye Kellerman is married to Jonathan Kellerman, also a writer, and together they are the parents of Jesse Kellerman, who has had several books published on his own and has co-authored several other books with his dad, Jonathan.  A real writing family.

Links to other Kellerman books reviewed here on ReviewThisReviews: