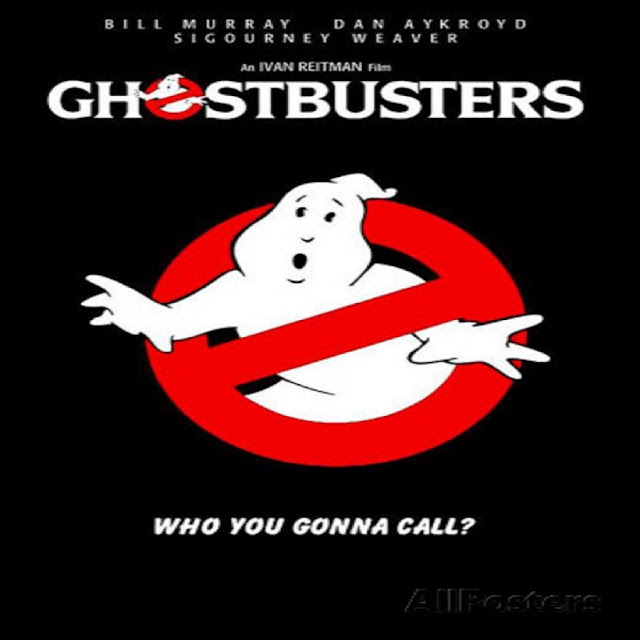 We are huge fans of Saturday Night Live with the original cast. So, when the movie Ghostbusters hit the big screen in 1984 staring, Dan Aykroyd, and Bill Murray we just couldn’t wait to see it.

Now it’s 37 years later and we still love to watch it, (really 37 years, what happened?). Over the years Ghostbusters 1 and 2 have become classic movies and are still popular today. The Ghostbuster movies created such a huge market of products. Such as action figures, video games, Legos, T-Shirts, and so much more.

After they lose their research funding from the University, they open a paranormal exterminator service called (you guessed it) “Ghostbusters”.

The movie starts with their first paranormal experience in the public library. Just prior to that is one of my favorite scenes is where Bill Murray is testing two young subjects for their ESP abilities, using mild shock treatment.

As Murray holds up cards with shapes on them, they must visualize and tell him what they see. The young man gets them all right but Murray zaps him anyway, while the young girl gets them all wrong, he smiles and tells her right, you are good at this.

They are then hired by a New York City Hotel to investigate a haunting. After causing a lot of damage to the hotel they capture their first ghost. This is where they become well known as they continue to rid the city of paranormal activity.

After being thrown in jail by the EPA the Mayor calls upon the Ghostbusters to save the city. This is a perfect family movie, and so much fun to watch. It keeps you laughing throughout the entire movie.

We live in Jamestown New York, home to the National Comedy Center. Dan Aykroyd donated his Harley motorcycle to the Comedy Center for their grand opening on August 6, 2018. It was quite an event for all of us. Dan Aykroyd donates the Harley motorcycle that he drove to Saturday Night Live in New York. 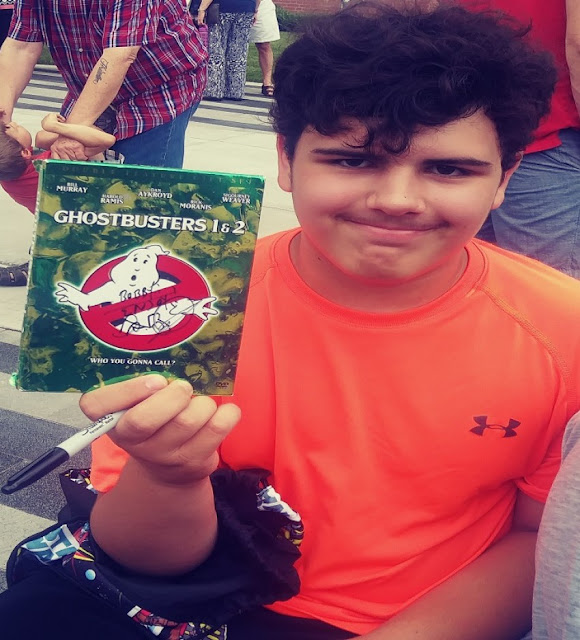 Knowing Bobby is such a huge fan, I told him to bring his Ghostbuster DVD and we will try to get Dan Aykroyd to sign it. And, we did just that, here is one happy kid.