Review of Flags of Valor

St. Louis Missouri has a wonderfully moving display on Art Hill that commemorates those who died on 9/11 and those who have died in the war on terror in the 20 years since 2001.

This display first was put up on the 10th anniversary of 9/11 and then again on the 15th anniversary and now on the 20th anniversary.  I have been privileged to view the display each of these times and find it to be a very  emotional experience.  Here is a photo I took this year. 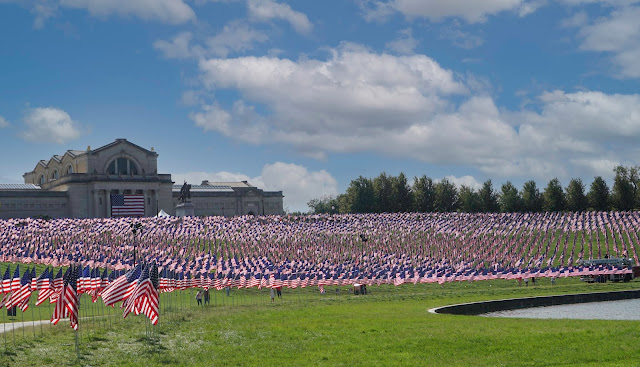 History of Flags of Valor

Here is a quote from the website on the history of Flags of Valor.

The first display of Flags of Valor in St. Louis was for the 10th anniversary of the 9/11 attacks.  In that display 2977 flags were placed on Art Hill.  These flags represented the individuals who lost their lives in the twin towers attack, the Pentagon attack, and on Flight 93, and the first responders who gave their lives to save others.

On the 15th anniversary of the 9/11 attacks the display on Art Hill honored those 6869 service members who lost their lives in the following operations: Enduring Freedom, New Dawn, Iraqi Freedom, Inherent Resolve, and Freedom's Sentinel.

In 2021the Flags of Valor organization has refined their purpose beyond remembering to educating.  With a new generation that wasn't even born when 9/11 occured it is important to educate on what has happened and what we must always remember.  This years display is three fold.


To remember the 9/11 victims, there are 6 oversized informational boards.  Three are on each side of the Grand Basin.  These boards visualize 2,564 victims of the 9/11 attacks. 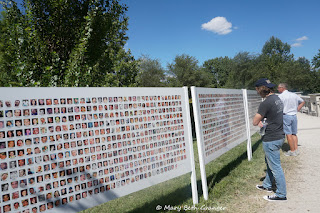 There is also a flag with the names of all of the victims. 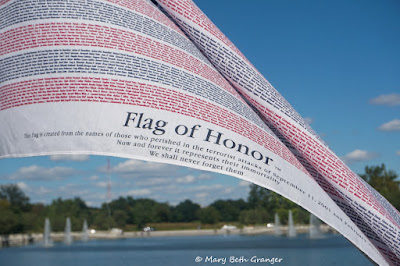 2.  Remember the First Responders who Died

There are 413 flags above the Grand Basin to remember the first responders who made the ultimate sacrifice. 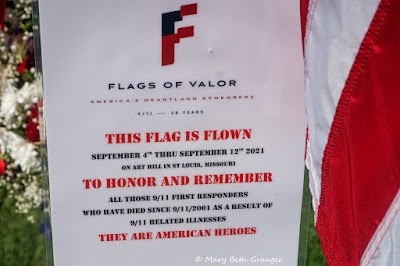 3.  Remembering Service Members Who Died during the War on terror since 9/11/2001

There are more than 7000 3' by 5' American Flags on the hill below the St. Louis Art Museum.  Each flag represents of service member who has died since 9/11/2001 in the War on Terror.  Each flag is marked with an informational dog tag and a photo of the service member. 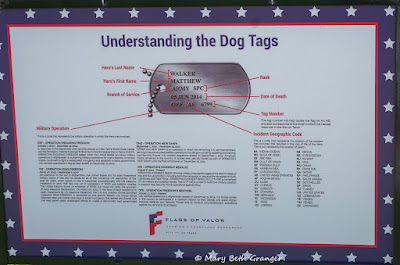 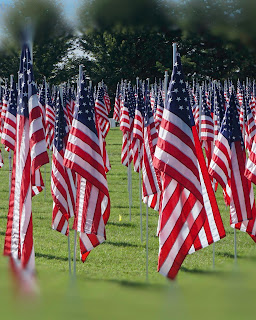 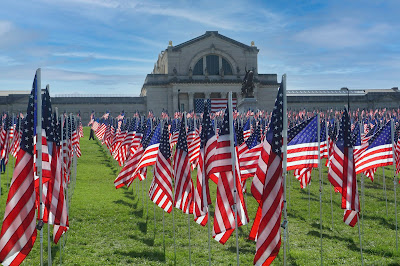