Review of a Mid-Summer Classic

Welcome to July baseball from Wednesday Elf, known as the 'baseball fan contributor' here on Review This!  It's time for a mid-season story about baseball's All-Star Game.

The Mid-Summer classic known as the All-Star game has occurred (nearly) every July since 1933.  (No official MLB All-Star Game was held in 1945 due to World War II and was cancelled again in 2020 due to a worldwide panendemic.)

In 2020, we again had a cancellation of this 'Summer Classic'. The All-Star game was to be held at Dodgers Stadium in Los Angeles. Instead, they will host the All-Star game in 2022.

Now, the 2021 All-Star Game will be held July 13th in Denver at Coors Field ~ home of the Colorado Rockies.


Facts About the All-Star Game 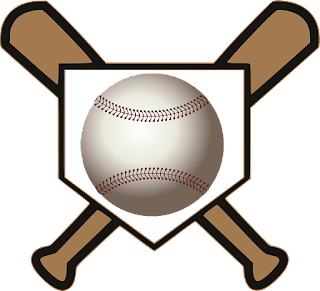 The All-Star game is held on either the second or third Tuesday in July to mark a symbolic halfway-point in the Major League Baseball season.  Known as the 'All-Star Break', no regular-season games are scheduled on the day before or for two days after the Tuesday All-Star Game.  A number of festivities are held the day before the All-Star game, including the 'Home Run Derby', a contest between MLB's top home runner hitters, which began in 1985.


The participants (players) in this annual mid-summer event are chosen by the fans in both the National League and the American League.  Until 1947, the team selections were chosen only by the managers, but since then the fans get to select the starting lineup.  The pitchers are still selected by the managers.  Ballots used to be given out at ballparks throughout baseball for voting on players for the game.  That year (2015) was the first year that all voting is done entirely on the internet.

The ballparks chosen for each year's All-Star game alternate between the National and the American League, with venues selected for a variety of reasons by a MLB selection committee. The choices may be made to commemorate a particular historical occasion, the opening of a new ballpark, or a significant year. For instance, the game was held in Yankee Stadium (home of the New York Yankees) in 2008 as it was the final year for that stadium prior to the new Yankee Stadium opening in 2009.

While waiting for the next All-Star Game in 2021, us baseball fans can catch up on past All-Star games with this great baseball reference book The Midsummer Classic.  It's a fun book for baseball fans who love reading and compiling statistics.  The book has facts and play-by-play game data of every All-Star game through the year 2000. (published in 2001). A comprehensive resource for fans, researchers and baseball historians.

Wednesday Elf , the baseball fan, has more stories about baseball be found at:

More baseball stories on Review This by Wednesday Elf: