Flashback to 1978! This is a favorite movie. It has been quite awhile since I watched this movie and after I found it again on Amazon Prime this movie brought back the memories. 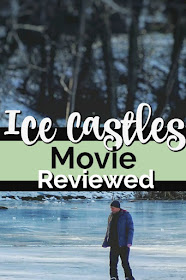 Lynn Holly Johnson is the small town figure skater with Olympic hopes whose eye injury renders her blind. Lynn Holly was actually an Ice Capades figure skater when producers recruited her for the part of Lexie.
Robby Benson has been described at the IT star of the 1970's plays the hockey player and old flame of Lexie who comes to her aid as she navigates life as a blind figure skater.
Colleen Dewhurst is the small town coach who is instrumental in coaching Lexie on her way up and holding Lexie up while recovering from her accident.

Through The Eyes Of Love


Melissa Manchester's Through The Eyes Of Love is the theme song for the movie. If you don't remember the movie the theme song may bring back a few memories! The song was nominated for Best Original Song at the Academy Awards.